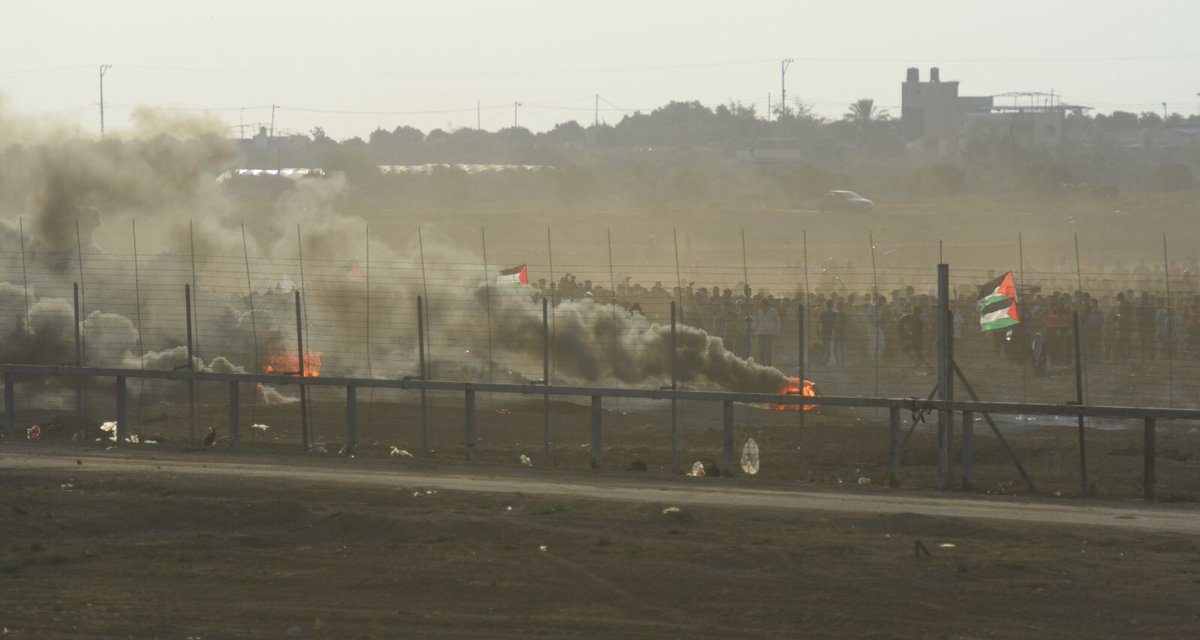 The Israel Defense Forces were called upon to valiantly defend their homeland on Friday as 15,000 Palestinians took part in violent protests along the Gaza border.

The violence came to a peak when, in the south of the Gaza strip, several terrorists planted a bomb by the fence. The bomb exploded and blew a hole in the fence where some 20 Palestinians entered into Israeli territory.

Most of the Gazans pulled back after warning shots were fired by the IDF, but three terrorists continued to charge at the Israeli soldiers, who fired and killed.

The Hamas-run health ministry said that a total of seven Palestinians (including the three above) were killed in intense clashes with Israeli security forces along the Gaza border on Friday afternoon and evening.

Following the deadly incident, and the continued violence, Israel’s Prime Minister Benjamin Netanyahu gave a stark warning to the terrorist leaders of Hamas.

“Hamas, apparently, has not internalized the message,” Netanyahu said. “If they do not stop the violent attacks against us, they will be stopped in a different way and it will be painful – very painful.”

“We are very close to a different kind of activity, an activity that will include very powerful blows. If it has sense, Hamas will stop firing and stop these violent disturbances – now,” he concluded.

In addition to the violence at the border, seven fires were also reported inside of Israel terrorists launched ballowns and kites laden with incendiary materials accross the border to damage Israeli fields and wildlife.

In response, Defense Minister Avigdor Liberman ordered a halt to the transfer of fuel into the Strip.

These violent protests have been continuing since March 2018. So far, more than 140 Palestinians have been killed, most of them being terrorists with links to Hamas and Islamic Jihad. Unlike what the media portrays, these are not peaceful demonstrations. They are violent protests with pockets of terrorism with the sole purpose of infiltrating into Israel in order to attack and kill Israelis.

We must continue to pray for the safety of the citizens Israel and the IDF as they defend their borders.