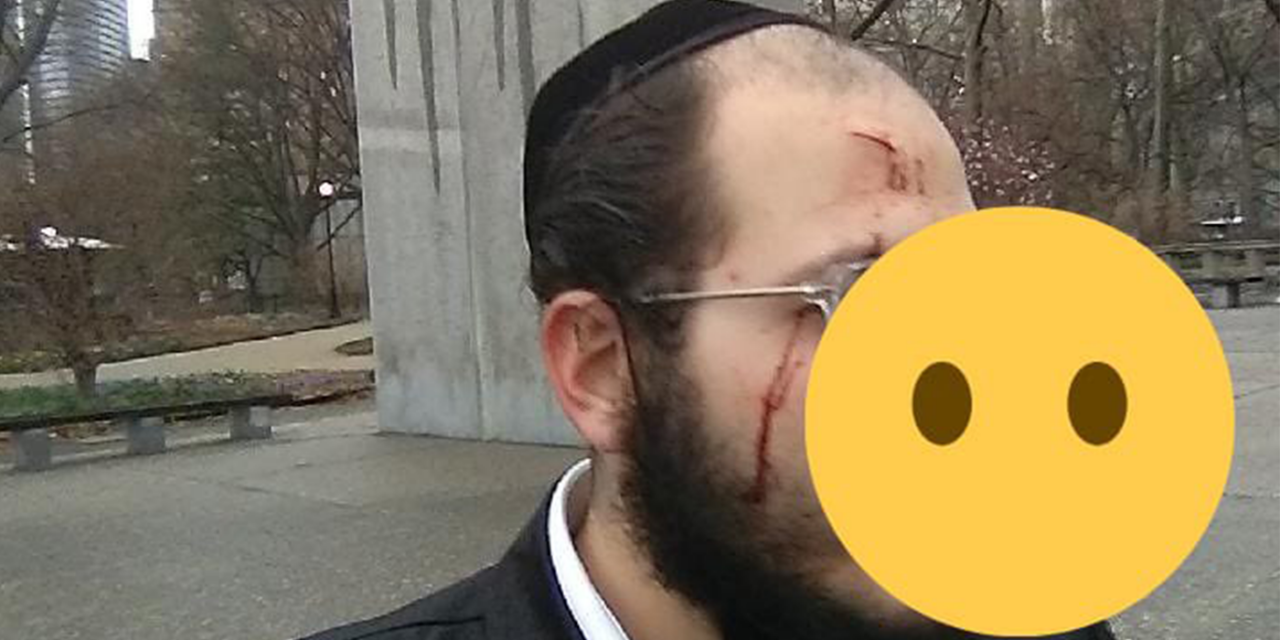 The family of three was taking a stroll near Battery Park at about 5:50 p.m. when the suspect walked past them. He then turned around and launched his attack upon them with his knife, according to the New York Post.

He slashed the father on the head (as pictured), the mother on the lip and the baby on the chin. The attacker then chased after the family as they fled with their baby in a pushchair.

🇺🇸✡️ — NEWS: A knife-wielding man on parole for attempted murder attacked a Jewish couple walking with their baby near Battery Park in Lower Manhattan this afternoon, slashing all 3 family members. The victims were treated for minor cuts by first responders on the scene. pic.twitter.com/188TWXyVTr

The unhinged man was said to be ranting during the attack, though the victims told cops that he said nothing that was anti-Semitic and it remains unclear if the attack was motivated by anti-Semitism.

All three of the victims were treated for minor cuts by first responders on the scene and declined further medical attention.

A 30-year-old parolee was arrested in the assault and cops recovered the knife after canvassing the area, the sources said.

The man who was arrested is said to be a 30-year-old parolee who was released from jail last month. He was arrested nearby with police finding a knife after searching the area.

The unnamed man is said to have spent several years behind bars after pleading guilty to attempted murder tied to a violent robbery in 2011.