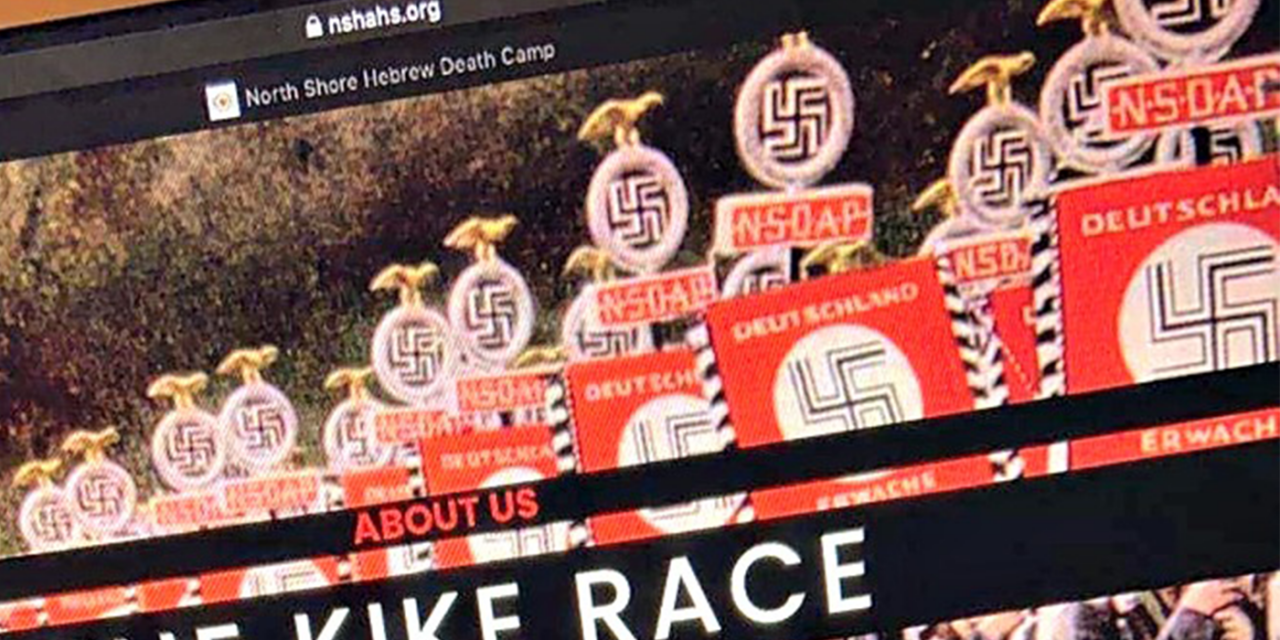 Parents and students at a Jewish school in Long Island, New York, were left deeply shaken on Monday after hackers using the name “K*** Slayer” defaced the institution’s website with Nazi imagery and antisemitic invective.

Shortly after 4 p.m. on Monday afternoon, visitors to the website of the Great Neck North Shore Hebrew Academy High School were bombarded with “Nazi songs, imagery and messages,” according to the online watchdog StopAntisemitism.org, which monitored and recorded the hack in real time.

The watchdog reported that the hackers had also “leaked students’ and teachers’ addresses and credit card information.”

More Nazi imagery was also posted on the “About Us” page, which was hacked to read “The k*** race.”

A different page included details of a “field trip” to Auschwitz, that listed the application deadline as “January 1945” and said students would have to “walk into an SS office and declare themselves as Jews.”

Headmaster Daniel Vitow told the New York Post, “We are aware of the situation and are actively working with law enforcement.”