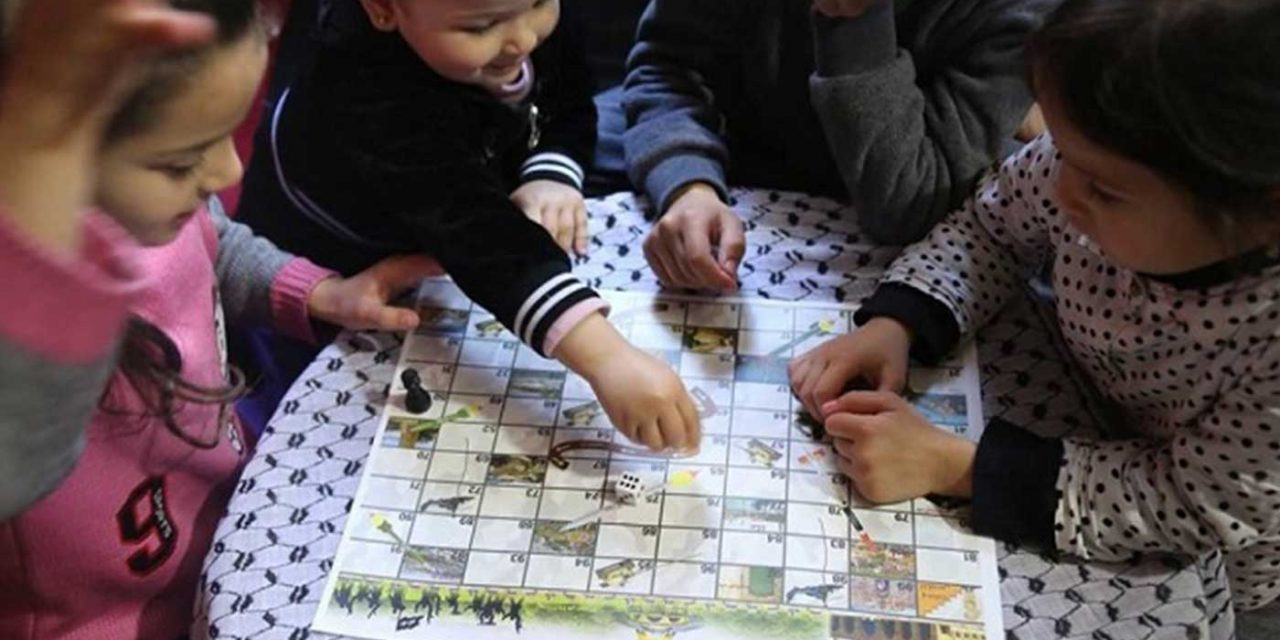 MEMRI has released information on a new Palestinian version of the popular board game Snakes and Ladders, releasing the following information:

A new board game for children called “Reaching Jerusalem” was recently launched in Gaza, created by a Gazan media producer who works at the Hamas Interior Ministry and aimed at “strengthening children’s military culture and love of jihad.” The game is a version of Snakes and Ladders in which the players’ objective is to reach Jerusalem. The “ladders” that bring the players closer to the finish line are tunnels and Hamas-manufactured rockets, such as R160, M75 and S55 rockets, whereas the “snakes” that hinder their progress are IDF tanks and helicopters. The board is sprinkled with illustrations of Hamas fighters lying in wait for the enemy, attacking, and crawling through tunnels, as well as photos of cities inside Israel, such as Tiberias, Ashdod, Acre, Haifa, Jaffa, Ramlah and Safed, where Palestinians lived before the founding of Israel and where many of them demand to return. 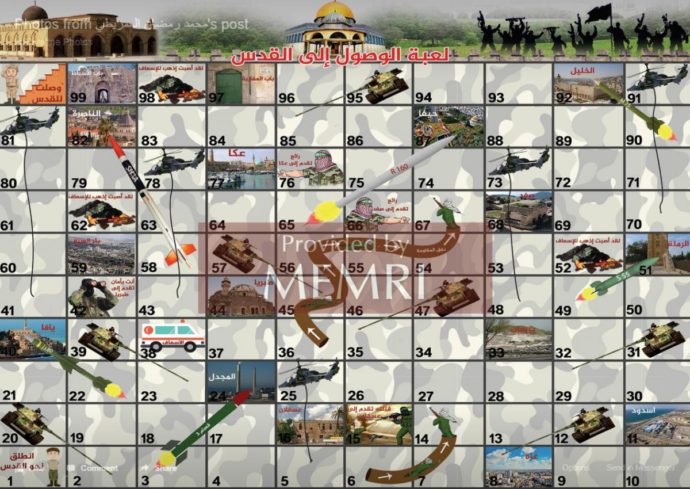 As mentioned, the game was created by a Gazan media producer, Muhammad Ramadan Al-Amriti, who works at the Hamas Interior Ministry. Al-Amriti, who is also the director of the Shams production company, has produced and directed several videos glorifying Hamas and its military activity. He said that the purpose of the game is to instill values of patriotism, courage and adherence to national principles, and strengthen the value of return among the children of Palestinian refugees.

Al-Amriti wrote on his Facebook page: “The game ‘Reaching Jerusalem’ is an important component in the correct upbringing [of our children] in the near future… We created this game so that children do not forget their cities of origin and in order to establish [these cities] in their consciousness, and also in order to strengthen the children’s military culture and love of jihad. The goal of the game… is to teach children the names of the occupied Palestinian villages and cities, so that [our] youngsters know that return to the homeland will be achieved only through resistance and jihad.”