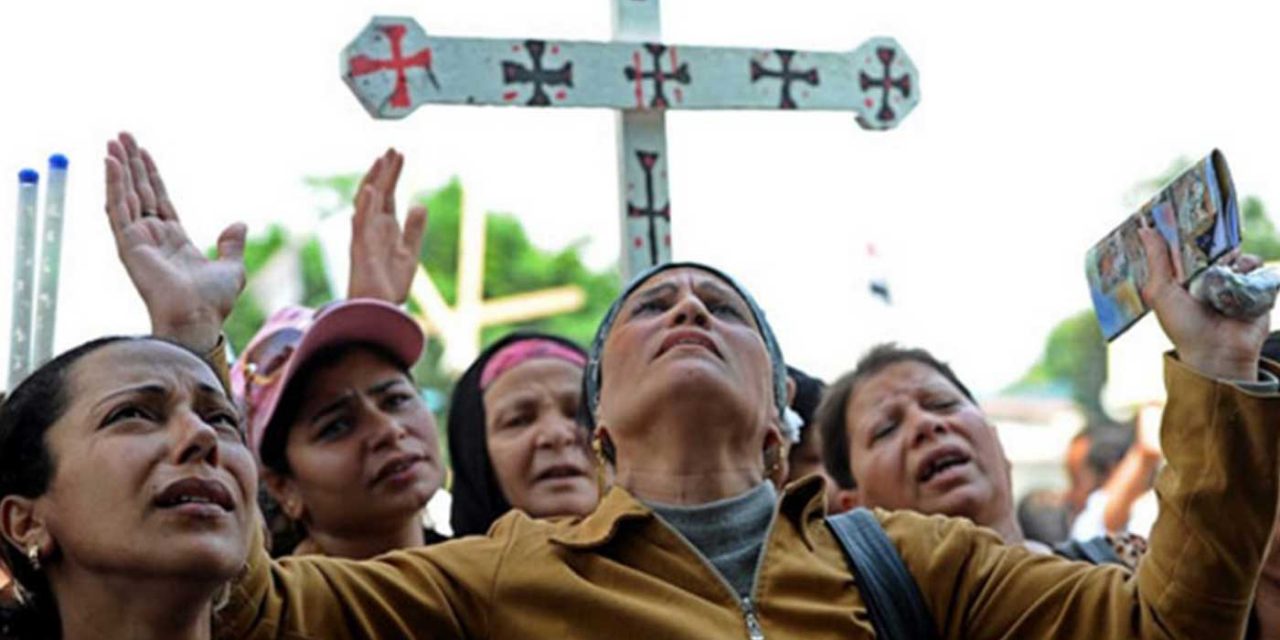 An Egyptian Christian woman who lost her husband in last week’s terror attacks has spoken out on Egyptian television saying she forgives the terrorists.

Forty-four people were killed in the twin suicide attacks, which struck St. Mark’s Cathedral, the main Coptic church in Alexandria, and a church in the Nile Delta city of Tanta. The Islamic State claimed responsibility via its Aamaq news agency.

In the interview, the widow addressed the perpetrators of the attack, saying, “You took my husband, the father of my children, but I forgive you. I ask that God forgive you as well. My husband is gone. You put my husband in a place that I didn’t want him to be in and I very much want to be next to him.

Her comments were expanded upon by the programmes Muslim presenter, Amr Adeeb, who said, “The Copts of Egypt are made of steel. For hundreds of years they’ve suffered. The Egyptian Copts love their homeland immensely and they suffer for their homeland – such power, such great tolerance and forgiveness.

“If your enemies knew how tolerant and conciliatory you were, they wouldn’t believe it. If my father had done this I wouldn’t forgive him. These people (the Copts) are made of something else. They have tolerance that is the product of very strong belief.”

After the interview Christians in Egypt took to social media to continue spreading the message of forgiveness.

Reem Karsham said, “It’s true that we Christians live by the teachings of Jesus Christ who commanded us to love our enemies. On Good Friday we ask our father to forgive them. We are the salt of the earth spreading love wherever we are. Our blessings to our Coptic brothers in Egypt .”

Another social media user, Mari Abouaita, commented, “We aren’t made of something else, we’re simply following the teachings of our Lord, Jesus Christ, blessed is his name. Jesus, who was crucified by no fault of his own. The crucifix that was the symbol of humiliation became the symbol of faith and the salvation after Jesus Christ. God forgive them (the attackers) for what they’ve done.”

Gladis Odish wrote, “This is what Jesus Christ said 2000 years ago: He said, ‘You have heard to love your loved ones and hate your enemies, but I say love your enemies. Do good to those who don’t love you. Pray for those who harm you and oppress you,’ and that’s what every Christian says.”