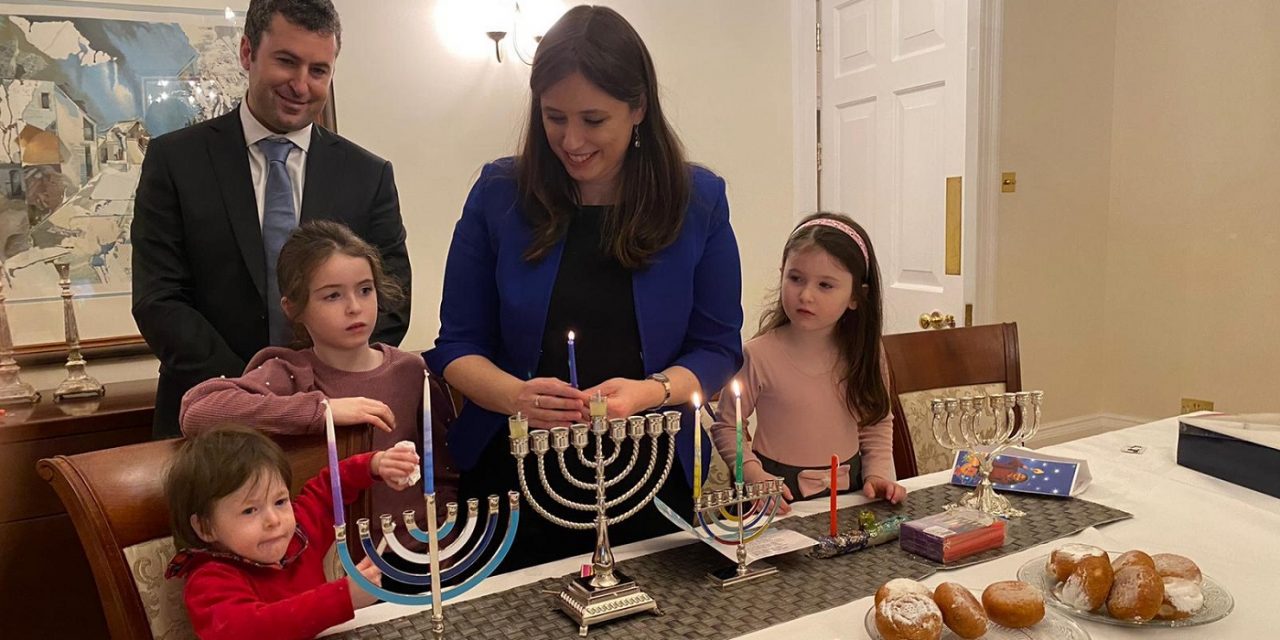 Israel’s new ambassador to the UK has called on the British government to move its embassy to Jerusalem, called out the UK Foreign Office for wrongly describing settlements as “illegal”, and said that Brexit will help create more opportunities between the UK and Israel.

According to an interview with Jewish Chronicle, newly appointed Ambassador Tzipi Hotovely said she hoped to raise the issue of the British Embassy with UK Prime Minister Boris Johnson.

“I think all embassies should be located in Jerusalem. I really hope we will have an opportunity to discuss that with this government and to say that historically I believe this is the right thing to do because it reflects the reality of Jerusalem being our capital since Israel was established.”

Regarding the suggestion that the move would cause unrest in the Middle East, Tzipi Hotovely, who is Israel’s first female ambassador to the UK, described it as a “myth”.

She explained: “The whole myth of making the Middle East a dangerous place by moving the embassy to Jerusalem is just not correct. Look at the reality, the Middle East was never more flourishing in terms of peace agreements.”

Ambassador Hotovely, who was the former Settlements Minister in Israel, questioned the UK Foreign’s Office use of the term, “the Occupied Palestinian Territories”.

She said: “We think statements that don’t reflect reality are being stated by the Foreign Office here. We keep on saying: ‘Jerusalem is the eternal capital of Israel and just denying it won’t help.’”

She said they were not an obstruction to the peace process, adding: “The majority of people in Israel say settlements are not the issue. The Palestinians were offered time after time to have their own state in different formulas; they always refused and it wasn’t about settlements.”

“Flourishing communities, kindergartens and schools are not an obstacle to peace.”

Regarding Brexit, the ambassador told Jewish Chronicle that she hoped to secure more ties between Israel and the UK, welcoming “business opportunities” that would come with Brexit.

“I will invest a lot of my time in that,” she said, adding: “Britain is now rebuilding its economic ties around the world. By having separated from Europe, it should have new partners.

“For us, Britain is our third trade partner; it’s big; I want to make it even more.

“Israel with all its technology, opportunities and innovation; it can be a great partner to British companies.”

“Jews were connected to Judea – look at this name – and Samaria for 3,000 years. When we are speaking about places like the Cave of the Patriarchs or the City of David – those are places that Jews were connected for so many years.

“To say that Jews cannot live in their homeland, I think this is something that denies the Jewish people their historic connection to their homeland.

“This is why I think that according international law – and there are many ways of looking at this – that Jews are indigenous to this piece of land.”

🕎Yesterday, I joined Ambassadors @MansoorAbulhoul🇦🇪, @Fawaz_AlKhalifa🇧🇭 & Minister @JamesCleverly🇬🇧 to make history with our first ever #Hanukkah candle lighting together.

Many thanks @BoDPres & @JewishNewsUK for such a special evening. Watch the moment it happened👇 pic.twitter.com/z2xyeWLaS2

Earlier this week, Ambassador Hotovely participated in an historic online celebration with the Ambassadors of the UAE and Bahrain along with the James Cleverly MP, the British Minister of State for the Middle East and North Africa.