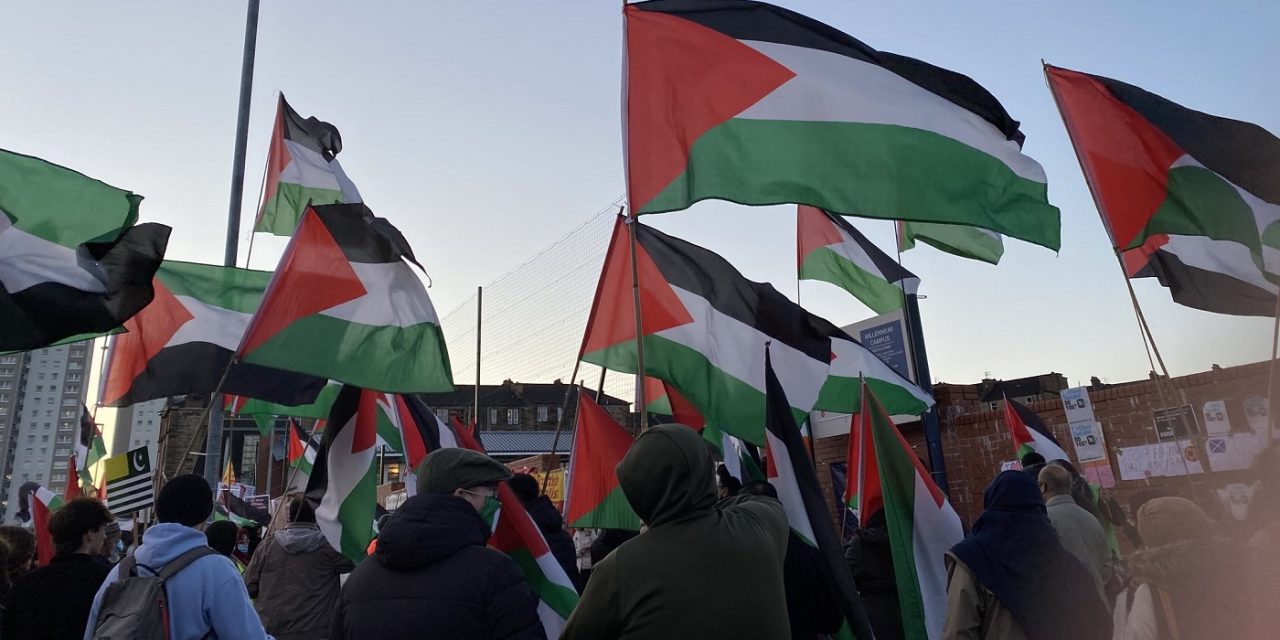 Members of the New IRA group joined pro-Palestinian protesters outside the Scottish National stadium on Thursday evening to oppose the “presence of Israelis” in Glasgow.

The demo took place outside Hampden Park to coincide with Scotland’s European qualifying playoff against Israel.

The Daily Record reported that Saoradh, a self-styled “Revolutionary Irish Republican Party” founded in 2016 which has the backing of dissidents within the New IRA, called upon its members to attend the protest.

Last month a video emerged showing a squad from the Green Brigade supporters’ group joining with other demonstrators outside the National Stadium in Scotland’s previous game with Israel.

During the protest on Thursday, at which no arrests were made, a video emerged on Twitter showing one pro-Palestinian speaker saying: “If fans were allowed in tonight I wouldn’t go. I would boycott it, because I wouldn’t do anything that gives legitimacy to the Israeli presence in this city.”

“I hope Scotland wins, and not just because I want Scotland to win, I also want Israel to lose.”

Scotland won the match 5-3 on penalties after it finished 0-0 after 120 minutes.