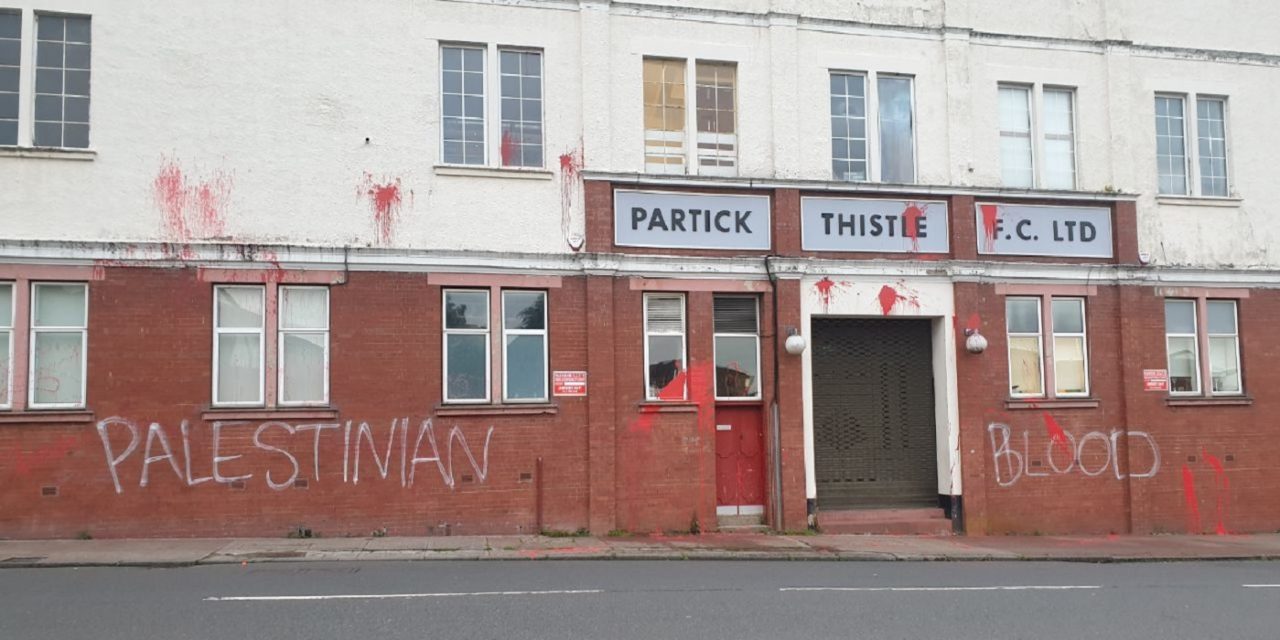 The Israeli football team have been using the Firhill stadium in Glasgow in preparation for their match against Scotland that will take place at Hampden Park.

A spokesperson for Partick Thistle said: “We are extremely disappointed that our stadium has been vandalised in this way. The matter is now in the hands of police.

“For many years, we have made Firhill available for hire when requested by the Scottish FA – this not only helps visiting international teams, but it provides valuable income to Thistle.

“Until now this facility has been utilised by those without any issue, which only makes this unwarranted vandalism even more disappointing.”

A Police Scotland spokesperson said: “We received a report of vandalism at Firhill Stadium, Glasgow, around 12.10am on Thursday, 8 October, 2020.

A spokesperson for the Israeli Embassy also hit out at the unnecessary damage.

He said: “Racism and vandalism have absolutely no place in sport and do nothing to advance the cause of peace and coexistence.

“We trust that robust action will be taken against the perpetrators, and look forward to watching tonight’s game like thousands of other proud Scots and Israelis.”