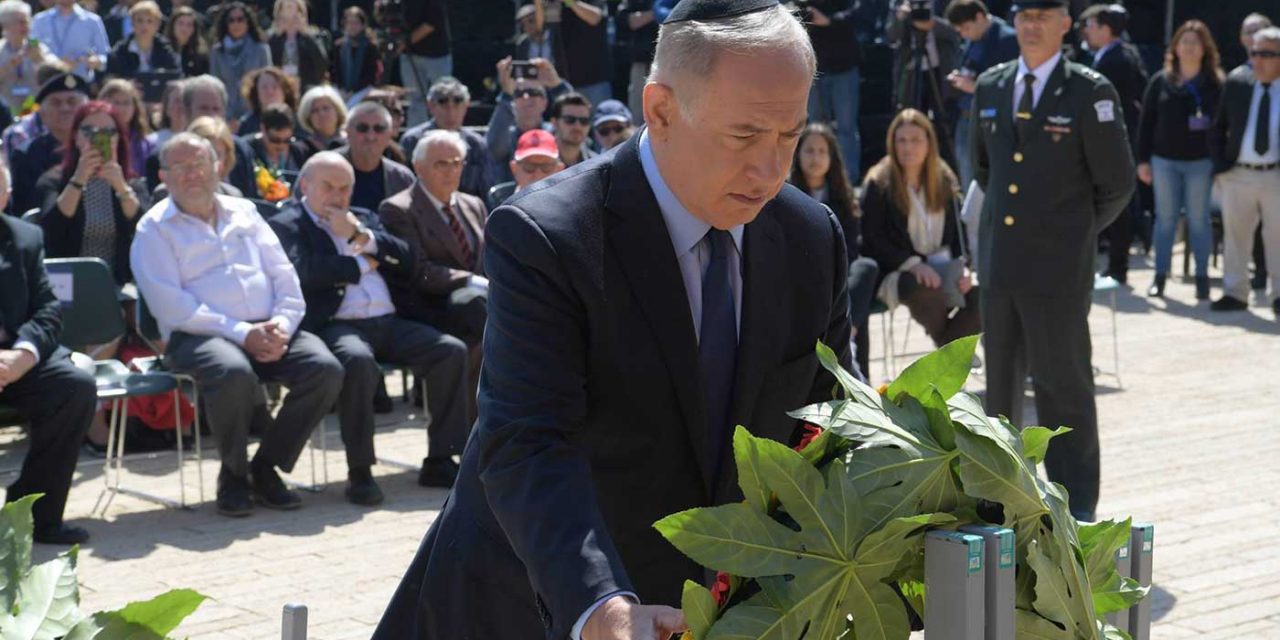 Prime Minister Benjamin Netanyahu made the following remarks at the ‘Unto Every Person There is a Name’ ceremony at the Knesset, today, on Holocaust Martyrs’ and Heroes’ Remembrance Day:

“My late father-in-law, Shmuel Ben-Artzi, came here, at the age of 18, in 1933. He left his native Bilgoraj in Poland. His father, it could be said, pursued him up to the train station in Warsaw and tried to convince him to stay in Poland. Shmuel was insistent. He was full of love for Zion. He was also an emissary for the Musar movement yeshiva in Novardok and opened a branch in Bnei Brak.

He worked in the orchards as a pioneer and in the War of Independence, or even before it, he was in the Etzel and the Haganah. I think he was the only person to have been in both organizations. He was a noted teacher and educator who raised up generations of students, some of whom are known to you, and they called him ‘the teacher.’ He was an exemplary Tanakh scholar and a member of the first Tanakh study circle started by Prime Minister David Ben-Gurion.

Shmuel was an author and poet. He won the Ka-Tzenik Prize for Holocaust Literature for – inter alia – the moving poetry that he wrote during the war years as he gradually internalized that he would not see his entire family, anyone from his family. He had a gentle and pure soul and he never really recovered. Throughout his life, even on his deathbed, very shortly before he passed away, his voice choked and he wept as he recalled the name of his twin sister, his beautiful sister Yehudit, who perished in the Holocaust, he could add nothing more.

I will read their names as well as those of more distant family members from Bilgoraj and from Tarnogrod.

His father, Moshe Hahn, his father’s wife Ita Hahn, his twin sister Yehudit, who was 24.

From Tarnogrod: His aunt Ma’tel Koenigstein, her son Hillel and her eldest daughter. His uncle Mendel Hahn, his wife and their two children.

Dozens of relatives who perished; may their memories be blessed.