Netanyahu praises Trump for his “courageous decision” on Iran deal 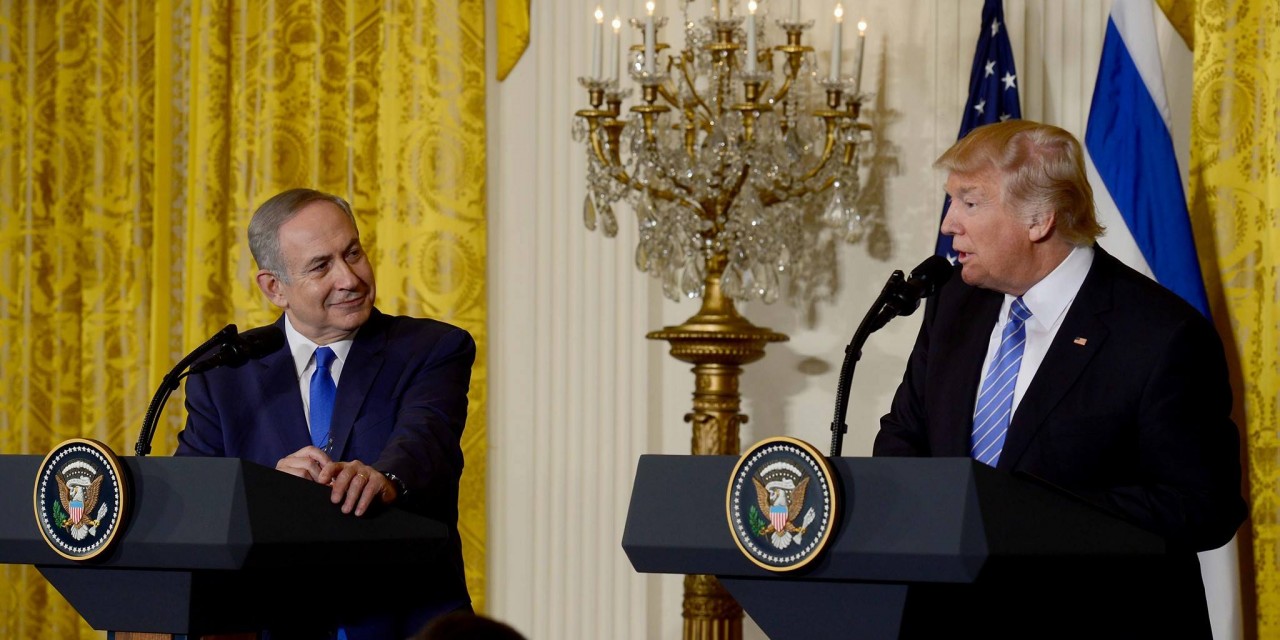 Israeli Prime Minister Benjamin Netanyahu congratulated US President Donald Trump on Friday evening for deciding not to recertify the nuclear deal with Iran.

On Friday, President Trump declared a new and tougher US policy on Iran, leaving the US Congress to decide whether or not to impose new sanctions on Tehran.

Israel and in particular Netanyahu, has been openly opposing the Iran Deal since its inception in 2015.

“I congratulate President Trump for his courageous decision today. He boldly confronted Iran’s terrorist regime,” the prime minister said in a video statement he released in English.

Netanyahu asserted that “If the Iran deal is left unchanged, one thing is absolutely certain- in a few years’ time, the world’s foremost terrorist regime will have an arsenal of nuclear weapons and that’s tremendous danger for our collective future.”

“President Trump has just created an opportunity to fix this bad deal. To roll back Iran’s aggression and to confront its criminal support of terrorism,” Netanyahu continued.

“That’s why Israel embraces this opportunity. And that’s why every responsible government, and any person concerned with the peace and security of the world, should do so as well,” he stressed.