Netanyahu phones Theresa May to thank Britain for banning Hezbollah 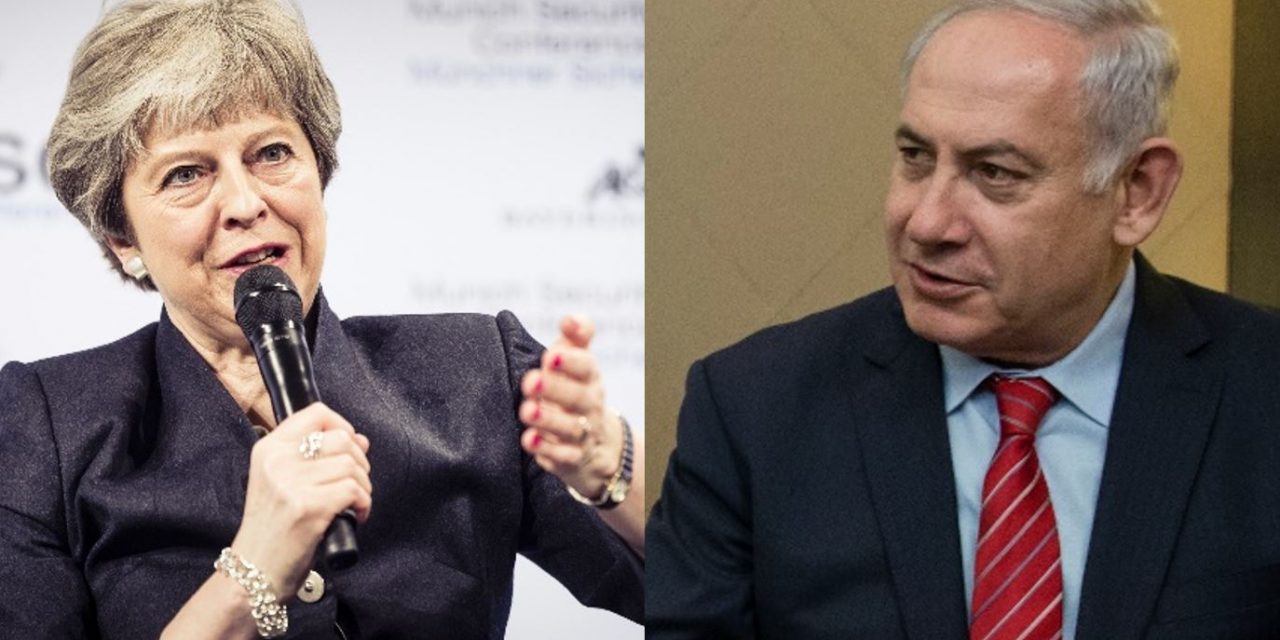 A statement from Netanyahu’s office said that he told Theresa May in a phone call that he expected other countries to follow suit in banning all branches of the Iran-backed Shiite group.

Netanyahu also thanked May for Britain’s “firm position against anti-Semitism,” and congratulated her on the post-Brexit trade deal that was signed on 18 February between the UK and Israel.

Until last week, Britain had only banned its “military” arm but not its “political” wing meaning there was a legal loophole currently allowing support for the organisation to grow. However, Hezbollah, by its own admission, does not differentiate between its political and military wings.

See also: What next: How banning Hezbollah will impact the UK

It is now be illegal for anyone to fly the Hezbollah flag on the streets of Britain – something that has been seen in London every year at the anti-Semitic Al Quds march. The new law makes it a criminal offence to be a member, or invite support for Hezbollah, and carries a sentence of up to 10 years’ imprisonment.

Thank you! More than 20,000 people signed a CUFI UK petition calling for the ban and thousands more CUFI supporters writing to the Government and sent emails to the Home Office. We appreciate all who got involved.