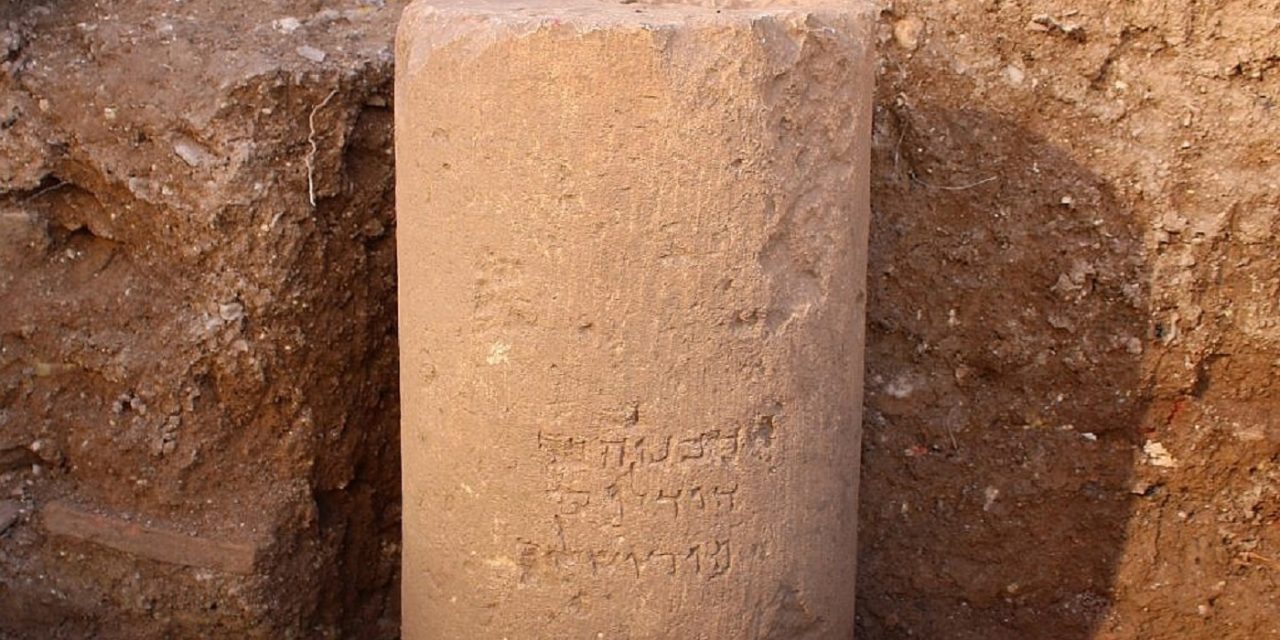 The earliest stone inscription bearing the full spelling of the modern Hebrew word for Jerusalem was unveiled on Tuesday at the Israel Museum, in the capital.

While any inscription dating from the Second Temple period is of note, the 2,000-year-old three-line inscription on a waist-high column — reading “Hananiah son of Dodalos of Jerusalem” — is exceptional, as it is the first known stone carving of the word “Yerushalayim,” which is how the Israeli capital’s name is pronounced in Hebrew today.

The stone column was discovered earlier this year at a salvage excavation of a massive Hasmonean Period Jewish artisans’ village near the Jerusalem International Convention Center, at what is now the entrance to the modern city, by an Israel Antiquities Authority team headed by archaeologist Danit Levi.

The stone inscription is now on display at the Israel Museum in a room of the archaeology wing that is dedicated to Second Temple period artifacts discovered in Jerusalem, including a new piece which the inscription, “Ben HaCohen HaGadol,” or son of the High Priest. On a platform upon which the Jerusalem column stands are stone vessels and pottery, perhaps even created by Hananiah himself.

The inscription, labeled as Aramaic at the Israel Museum, gives some insight into Hananiah. Written in Hebrew letters, he is called “Hananiah bar Dodalos,” the Aramaic word “bar” used to denote “son of.” The name of his father, “Dodalos,” said the archaeologists, is a nickname for artists of the time, based on Greek mythology’s Daedalus.

New director of the Israel Museum Prof. Ido Bruno said he was pleased to continue a fruitful collaboration between his institution and the IAA. He noted that the short inscription, found only a seven-minute walk away, is evidence of a long history of ceramic craft and industry.

Bruno added that, as a Jerusalemite himself, he was excited to see the word “Yerushalayim.”

“Every child who knows a few letters of Hebrew can read it,” said Bruno, “and understand that 2000 years ago, Jerusalem was written and spelled like today.”