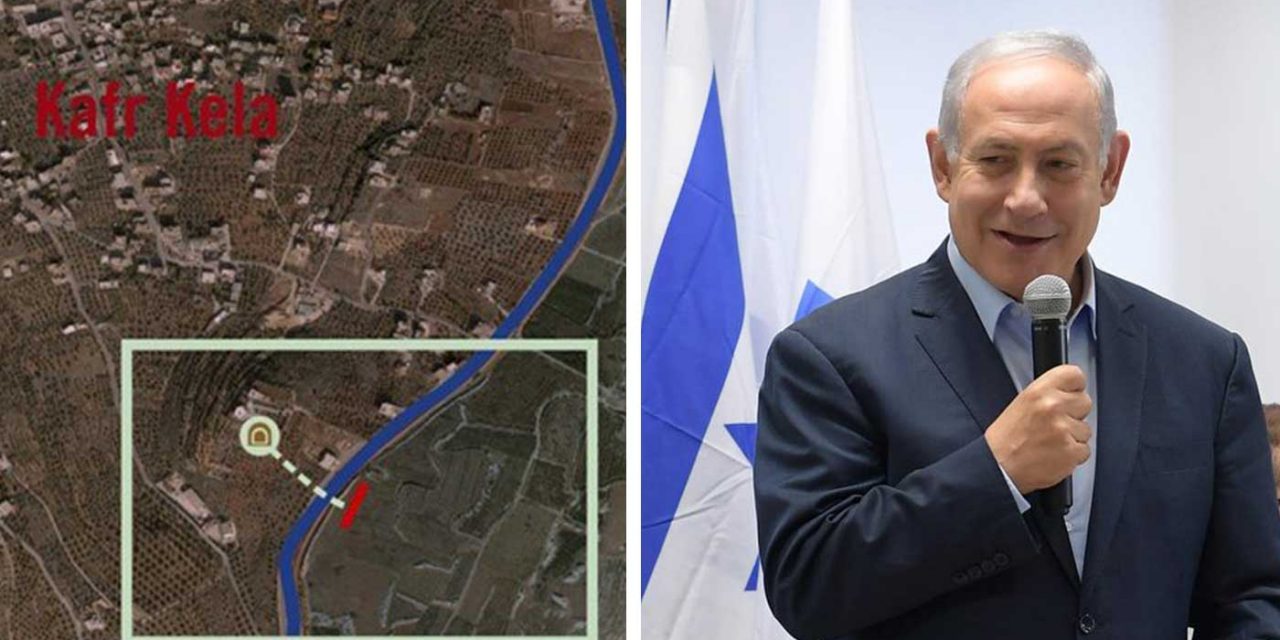 Israel’s Prime Minister Benjamin Netanyahu has expressed his pride in the IDF for their work uncovering Hezbollah’s terror tunnels in the north of Israel and warns Hezbollah that they will pay a “heavy price” if they attack the Jewish state.

On Tuesday, the Israel Defense Forces (IDF) announced the launch of Operation Northern Shield, a defensive operation to counter terrorist activity on the northern border of Israel, primarily to expose and neutralise attack tunnels being dug by Hezbollah from Lebanon into Israel.

The IDF released images showing the location of a terror tunnel that had been dug from Lebanon into Israel. The tunnel is said to be more than 80ft underground, 6ft wide, 6ft tall and more than 600ft long, with 130ft being inside Israeli territory.

“This morning the IDF began Operation Northern Shield, the goal of which is to uncover and neutralize terrorist tunnels from Lebanon.

We are proud of the fighters and commanders of the IDF for the complex actions and operational successes already in the early stages of the operation.

Whoever tries to attack the State of Israel – will pay a heavy price.

We are taking determined and responsible action in all sectors simultaneously. We will continue with additional actions – open and covert – in order to ensure the security of Israel.”

This is what it looks like 80+ feet underground, inside a Hezbollah attack tunnel dug from under a home in #Lebanon into #Israel.#NorthernShield pic.twitter.com/m9OUzTT7Xd