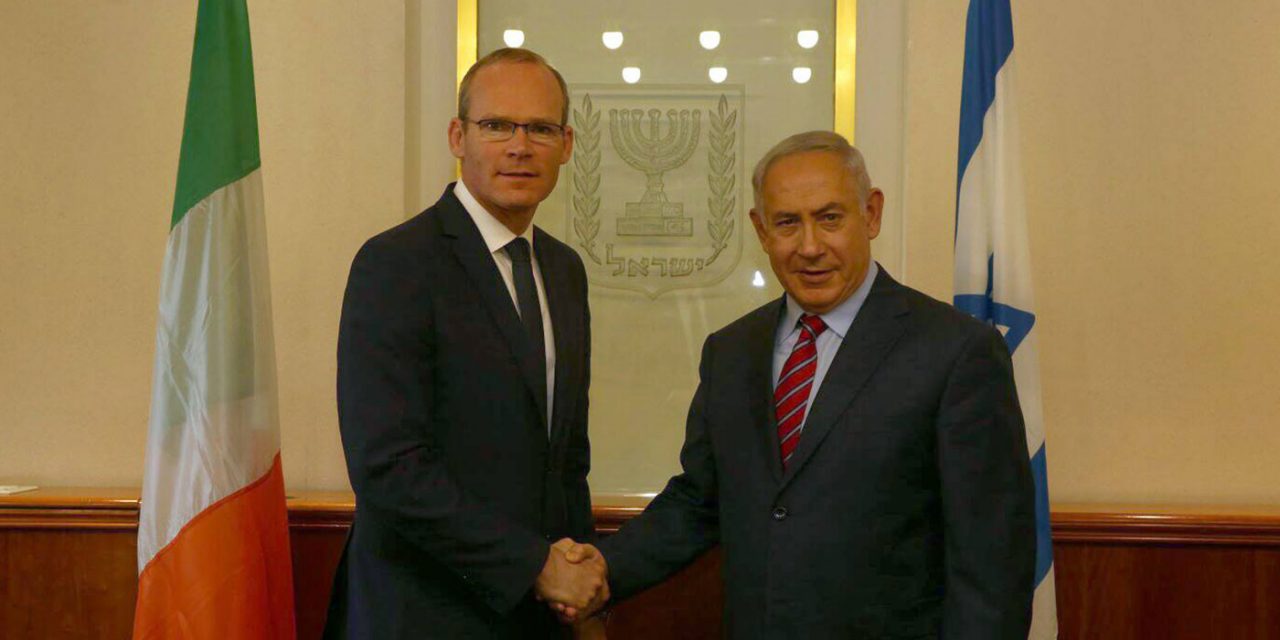 Ireland’s foreign minister met with Prime Minister Netanyahu on Tuesday, where Netanyahu criticised the pro-Palestinian stance of the Irish government and their refusal to condemn terror.

Prime Minister Benjamin Netanyahu issued a terse statement after meeting Irish Foreign Minister Simon Coveney, criticising Ireland’s “traditional stance” on the Israel-Palestinian conflict, including Ireland’s lack of condemnation for Palestinian terror and support for charities that call for the destruction of Israel.

Prime Minister Netanyahu expressed his dissatisfaction over Ireland’s traditional stance and told the Foreign Minister that his country does not condemn Palestinians for incitement and for glorifying those who commit terrorist attacks. The Prime Minister also asked him why Ireland helps NGOs that call for the destruction of Israel and noted that many European countries are overlooking the core problem of the conflict – the Palestinian refusal to recognize the state of the Jews.

Coveney spoke in a briefing later in the day saying that his discussions with Netanyahu were “constructive and frank”.

“Of course, we have clear difference on some issues, but these differences are honestly held and openly expressed,” Coveney added.

He also stated that his discussion with Netanyahu included Jewish communities in Judea and Samaria, the humanitarian and political situation in Gaza and the peace process, which he described as looking “dim”.

A positive note, however, was their talks on the “growing trade” between Ireland and Israel.