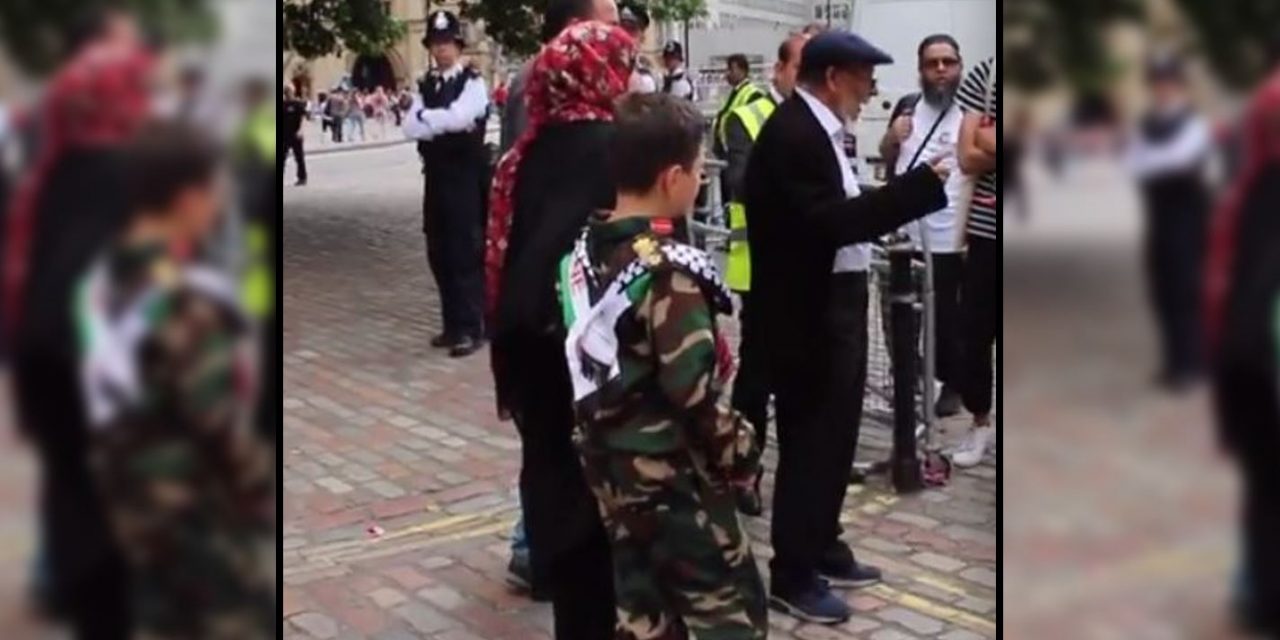 The “Palestine Expo” in London at the weekend was surrounded by controversy, including speakers with extremist links, organisers that support Hamas and a man being thrown out for being Jewish; but one alarming picture taken outside the QEII centre has raised eyebrows to say the least.

A child attending the event was caught on camera wearing the uniform of a Fatah terrorist. In footage recorded by Israel Advocacy Group, the child could be seen wearing uniform within sight of a police officer.

The image is not far removed from what has been seen many times in propaganda videos and school plays from the Palestinian territories in which terror is glorified and the very young are encouraged to become so-called “freedom-fighters”. For example, the following video from 2015 shows exactly how Fatah encourages children to wage violence against Israel.