Netanyahu condemns “disgraceful rampage” on US Capitol, thanks Trump for peace efforts in Middle East 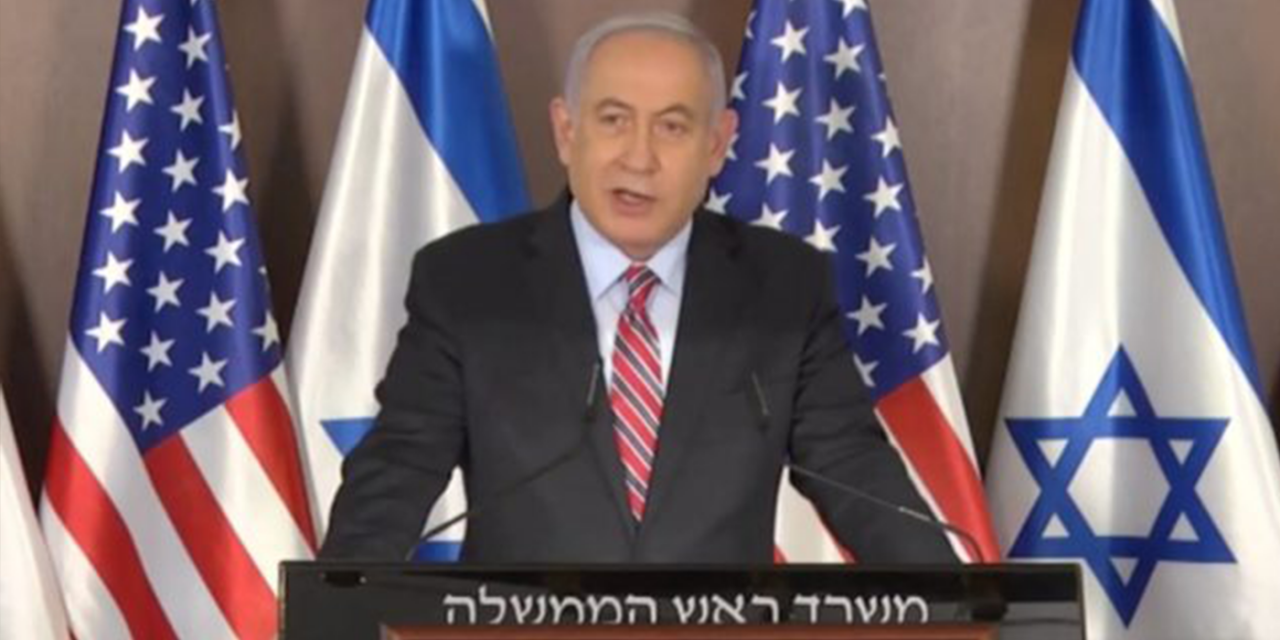 Israeli Prime Minister Benjamin Netanyahu condemned the “disgraceful rampage” on the Capitol Building on Thursday morning, saying it was the “opposite” of American and Israeli values before going on to praise President Donald Trump for what he has achieved for US-Israel relations and for peace in the Middle East.

On Wednesday, five Americans died, including one police officer, when angry demonstrators pushed through a police barricade and broke into the Capitol building in Washington DC as Congress was certifying the election results to make Joe Biden the president-elect.

“Lawlessness and violence are the opposite of the values we know Americans and Israelis cherish. The rampage of the Capitol yesterday was a disgraceful act and it must be vigorously condemned. I have no doubt that American democracy will prevail — it always has,” the prime minister added.

Lawlessness and violence are the opposite of the values we know Americans and Israelis cherish. pic.twitter.com/LpVQwRyS8Y

He then praised Trump for his four years in office, in particular his efforts in the Middle East.

“I want to thank President Trump and all of you in the administration for all you have done and are doing for peace. You’ve made a real difference, achieving one breakthrough after another, bringing the UAE, Bahrain, Morocco and Sudan into the circle of peace. I have no doubt that more Arab and Muslim countries will follow,” Netanyahu said.

CUFI founder and Chairman Pastor John Hagee released the following statement on the day of the violence, saying:

“The events we are witnessing at the Capitol today are an un-American abomination and a disgrace to our democracy. There is absolutely no justification for the violence that is transpiring. There is nothing patriotic about storming our Capitol. There is nothing honourable about physically attacking our institutions of government.

Today, my prayers are with the brave men and women of the Washington law enforcement community and others that are in harm’s way. May God keep them safe as they seek to remove the violent individuals that have taken over our Capitol building. Regardless of how one votes, our loyalty is first to God and then to country. My prayers are with our troubled country. I hope you all will join me in praying that this darkness is routed, and that God’s love and peace is quickly restored despite this tragic day.”

President Donald Trump on Thursday released a video condemning the violence and called for national healing and unity.

“I’d like to begin by addressing the heinous attack on the United States Capitol. Like all Americans, I am outraged by the violence, lawlessness and mayhem.

I immediately deployed the National Guard and federal law enforcement to secure the building and expel the intruders. America is and must always be a nation of law and order.

The demonstrators who infiltrated the Capitol have defiled the seat of American democracy. To those who engage in the acts of violence and destruction. You do not represent our country. And to those who broke the law, you will pay.

We have just been through an intense election, and the emotions are high, but now tempers must be cooled and calm restored.

We must get on with the business of America.

My campaign vigorously pursued every legal avenue to contest the election results. My only goal was to ensure the integrity of the vote. And so doing I was fighting to defend American democracy. I continue to strongly believe that we must reform our election laws to verify the identity and eligibility of all voters and to ensure faith and confidence in all future elections.

Now Congress has certified the results a new administration will be inaugurated on January 20th, my focus now turns to ensuring a smooth, orderly and seamless transition of power.

This moment calls for healing and reconciliation. 2020 has been a challenging time for our people. A menacing pandemic has upended the lives of our citizens, isolated millions in their homes, damaged our economy and claimed countless lives. Defeating this pandemic and rebuilding the greatest economy on earth will require all of us working together, it will require a renewed emphasis on the civic values of patriotism, faith, charity, community and family. We must revitalise the sacred bonds of love and loyalty that bind us together as one national family.

To the citizens of our country, serving as your president has been the honour of my lifetime and to all of my wonderful supporters I know you are disappointed but I also want you to know that our incredible journey is only just beginning.