Netanyahu asks Israel to trust him on Gaza: “Plans must be concealed from the enemy” 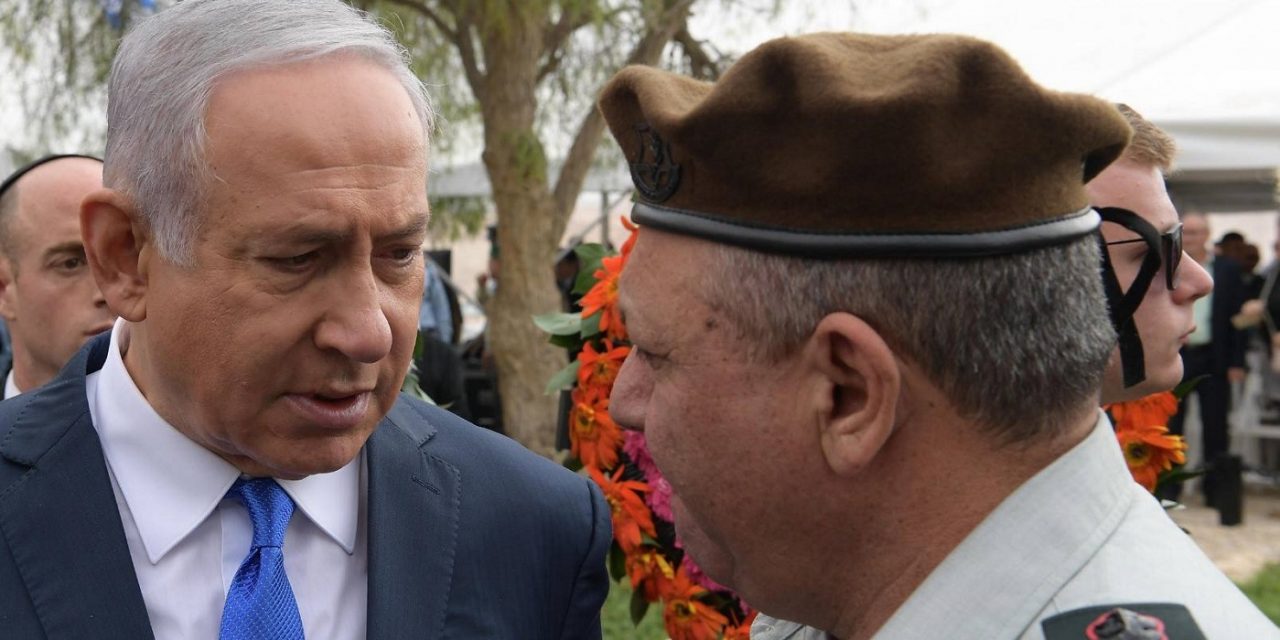 Prime Minister Netanyahu has assured the Israeli public that it is sometimes necessary for him to conceal plans from the enemy, despite wanting to share with citizens everything he knows about Israel’s security.

After 460 missiles were fired from Gaza into southern Israel on Monday and Tuesday with the Israeli air force responding by bombing 160 terrorist-related targets in the Gaza Strip, Hamas and the Israeli government finally agreed to a new ceasefire late Tuesday afternoon.

The decision not to launch a new ground offensive against Hamas and the other Palestinian terrorist groups in Gaza led to some criticism of the Israeli PM, prompting the resignation of Minister of Defense Avigor Liberman, but Netanyahu gave assurances that the Israeli public could not see “the overall picture of Israel’s security.”

Speaking on Wednesday during a state memorial service commemorating the 45th anniversary of the passing away of former Israeli PM David Ben Gurion, Netanyahu said that the terrorist movements in Gaza had pleaded Israel for a ceasefire and said that as a leader of Israel he sometimes had “to hide crucial considerations that must be concealed from the enemy.”

“At these moments, leadership is not to do the easy thing; leadership is to do the right thing, even if it is difficult. Leadership is sometimes facing criticism, when you know confidential and sensitive information that you cannot share with the citizens of Israel, and in this case with the residents of the south, whom I love and appreciate greatly.”

“I hear the voices of the residents of the south. Believe me, they are precious to me, their words penetrate my heart. But together with the heads of the security forces, I see the overall picture of Israel’s security, which I cannot share with the public. I wish I could share with the citizens of Israel everything I know, but the security of Israel – it is mostly hidden from view. Our enemies have pleaded for a cease-fire, and they know very well why,” he added.

“I cannot elaborate on our plans for the future. We will determine the right conditions and the right times for the State of Israel, which are correct for the security of our citizens,” said Netanyahu.

On Thursday, Netanyahu presented mayors and heads of regional councils near the Gaza border with a plan that includes giving their communities 500 million shekels ($135 million) over the next two years.

Netanyahu said he was unable to present an overall picture to the public on Israel’s actions concerning the Gaza Strip, telling mayors and council leaders, “More is hidden than is known.”

The plans presented to the municipal officials include improving the emergency medical services in the communities near the Gaza border, along with additional funding for informal education programs and social services. The plan also includes grants to communities to aid in day-to-day functioning, aid to farmers and subsidies for daycare.

Prime Minister Benjamin Netanyahu made the following remark regarding the present security situation (English captions available):"This morning I heard an outrageous remark, and even following an apology, I have to put things straight.Sderot is just like Tel Aviv. The security of the residents of the south is just as important as the security of the rest of Israel. We are in the middle of a campaign. Patience, cool and determination are necessary. We are preparing for what comes next. "Video: GPO

Posted by The Prime Minister of Israel on Thursday, 15 November 2018