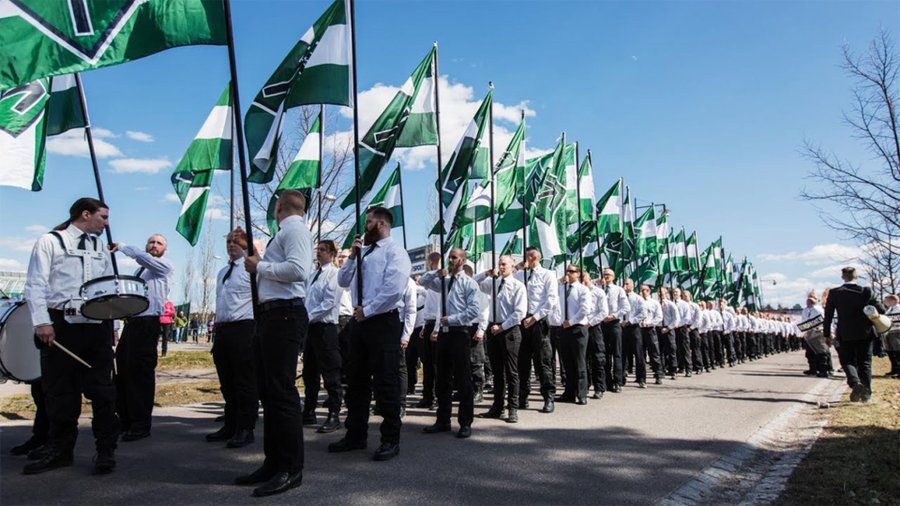 The neo-Nazi Nordic Resistance Movement targeted Jews in Sweden, Denmark, Norway and Iceland with antisemitic campaigns throughout the week leading up to Yom Kippur – the holiest day in the Hebrew calendar.

On Yom Kippur, the Nordic Resistance Movement neo-Nazi organization launched a string of actions targeting Jews in Sweden, Denmark, Norway, & Iceland. WJC President Ronald Lauder has called on all Nordic governments to ban them and rid their violent propaganda from the streets. pic.twitter.com/8nfAJmYB3p

The movement wrote that it was choosing on Yom Kippur to “make the Nordic people aware of foreign customs and Zionist ruling plans throughout the Nordic region,” with posters displayed in multiple countries attacking kosher slaughter, circumcision and the custom of kaparot.

The group also claimed that Jews obtain “proactive forgiveness for all the lies and injustices that they will commit until the next Yom Kippur,” an antisemitic trope which has existed since the Middle Ages.

The Supreme Court of Finland issued a cease-and-desist order to the Nordic Resistance Movement last week, marking the first such order issued since the 1970s, according to the Helsinki Times. The court determined that the objectives of the organization were in violation of the foundations of a democratic society.