Nazim Ali, leader of Al-Quds March, calls for destruction of Israel and Zionism 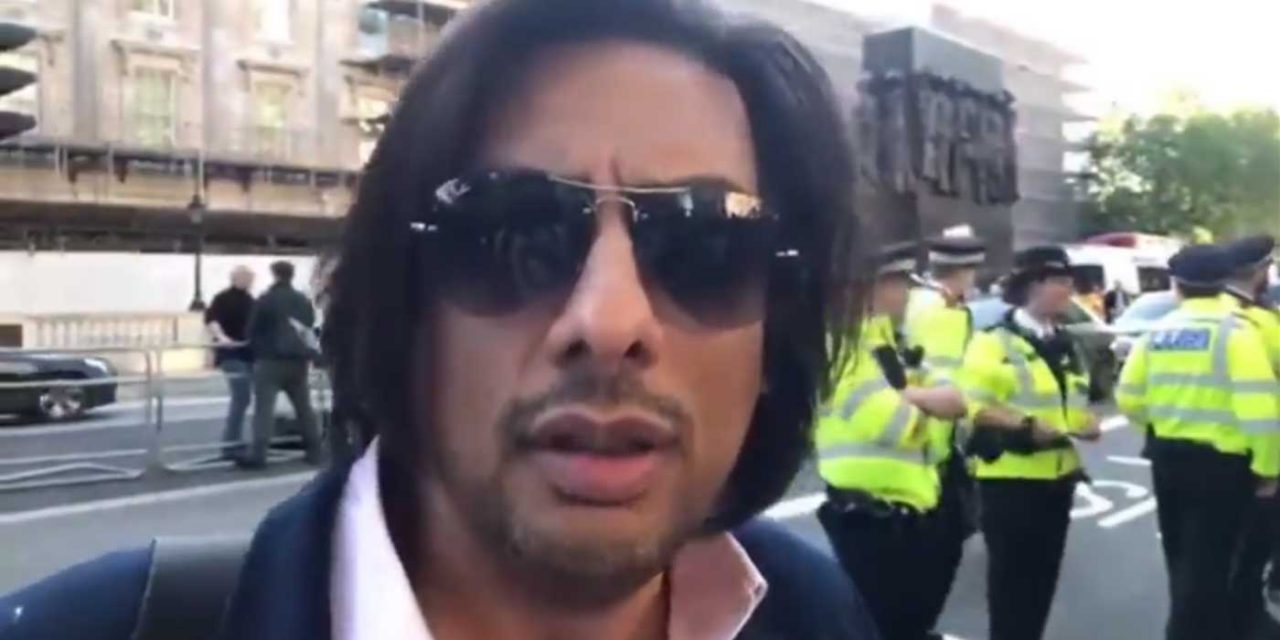 Nazim Ali, a senior member of the Islamic Human Rights Commission and the leader of the Al Quds March, has called for the destruction of Israel and an end to Zionism in a recent video interview with Press TV.

The Al Quds march is due to take place on Sunday, 10 June 2018, and pro-Israel and anti-racism groups are calling for its cancellation as it is a blatantly anti-Semitic event. The Al Quds march was established by Ayatollah Khamenei in Iran as a call for the destruction of Israel. Nazim Ali, the leader of the Al Quds march in London is echoing that same call.

The reason this is wrong is because the definition of Anti-Semitism, adopted by the UK government, states that “Denying the Jewish people their right to self-determination, e.g., by claiming that the existence of a State of Israel is a racist endeavor.”

Nazim Ali says that Zionism (the belief that Jews have a right to self-determination in their ancient homeland of Israel) is “racist”. He also claims that the existence of Israel is “illegal”, and then says, “It’s free, free Palestinian. It’s from the river to the sea, nothing more nothing less.”

On top of this Nazim Ali saying that Israel’s actions of self defense at the Israel-Gaza border are the “genocidal, maniac sort of behaviour that you come to expect from the Zoinist regime over in that illegal state called Israel.”

He then calls for people to stand up for the Palestinian cause, he says, “say no to racism, say no xenophboia, say no to any type of supremacist ideology which is what Zionism is. The quicker we rid the world of Zionism… the better.”

“It’s not about, just about, a Zionist lobby or power this is a global thing, this is people who are imperialistic, colonialistic, Zionist, xenophobic, racist, believing supermacist type of ideologies. This is that collective all as one fighting the rest of the world. And that’s what we’ve got to understand about it.”

Ali concludes saying, “It’s free, free Palestinian. It’s from the river to the sea, nothing more nothing less.”

This phrase is a call for the destruction of Israel. It is saying that Israel should not exist from the mediterranean sea, to the Jordan river. That is the whole area of Israel.

Nazim Ali is very careful with his words when it comes to stating, “Zionists”. The demonisation of this phrase is common among anti-Israel haters and this tactic to equate Zionism with every type of evil they can imagine is working in changing people’s minds to think negatively about it.

The reality is that Israel, the only “Zionist” country in the world, is the only place in the Middle East where all races, religions and genders have full and equal rights and live together in peace.