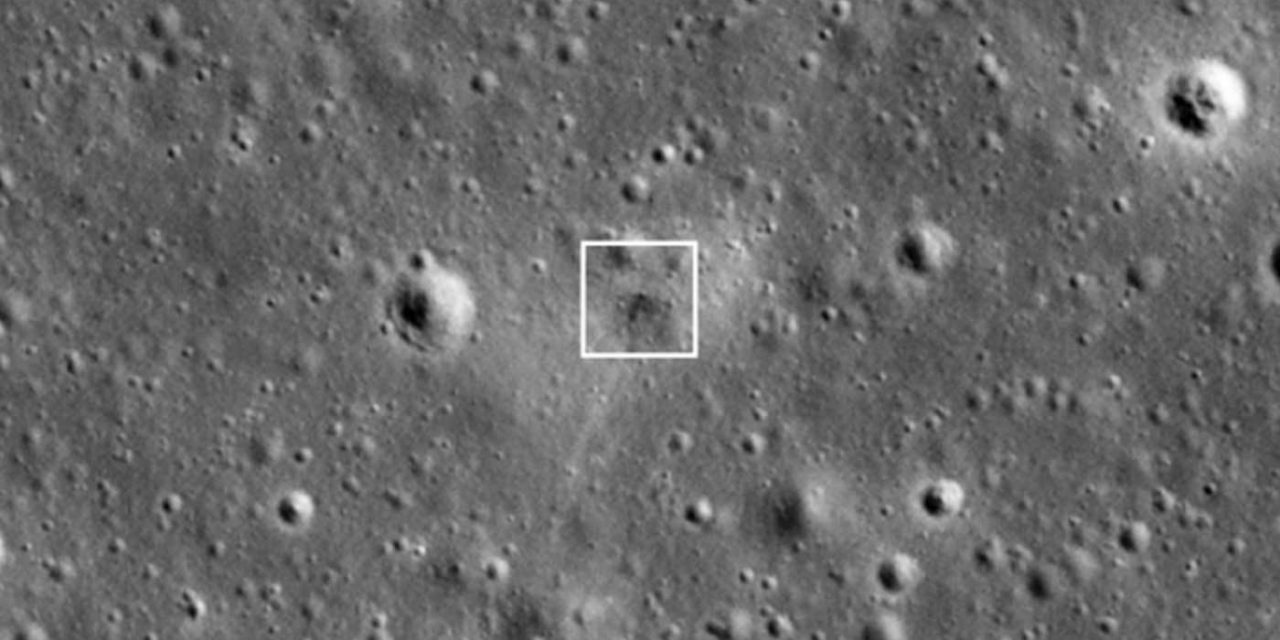 NASA, the North American Space Agency, on Wednesday published the first images of the crash site of Israeli spacecraft Beresheet, which means Genesis in Hebrew.

The images, in black and white, indicate a dark spot about 10 meters wide which is believed to be where the spacecraft hit the moon.

Last month, Israel sought to be the fourth country to successfully land on the moon. Sadly, they only managed to touch the moon after a malfunction in one of the engines sent their unmanned spacecraft crashing onto the lunar surface as it made its final descent.

“As far as we can see, we were very close to the moon,” operation control director Alex Friedman said to engineers in the SpaceIL control room in Yehud, east of Tel Aviv, after communication with the spacecraft went down. “We are on the moon, but not in the way that we wanted to be.”

Prime Minister Binyamin Netanyahu promised after the attempted landing on the moon that Israel will try again.

“We will try again. We reached the moon but we want to land more softly and this will be on the next attempt. This very attempt is a tremendous achievement and I think that you see by all the applause here that we really are the fourth country to reach it. We will be the fourth country to land on the moon if we persist,” said Netanyahu.

SpaceIL has confirmed it would try a second time to land a spacecraft on the moon with a new spacecraft already named “Beresheet 2” (or, “Genesis 2”). SpaceIl is the nonprofit that led the attempt to put Israel’s first spacecraft, Genesis, on the moon.

Work on the second spacecraft will begin immediately.