NASA names two asteroids after Israeli student who discovered them 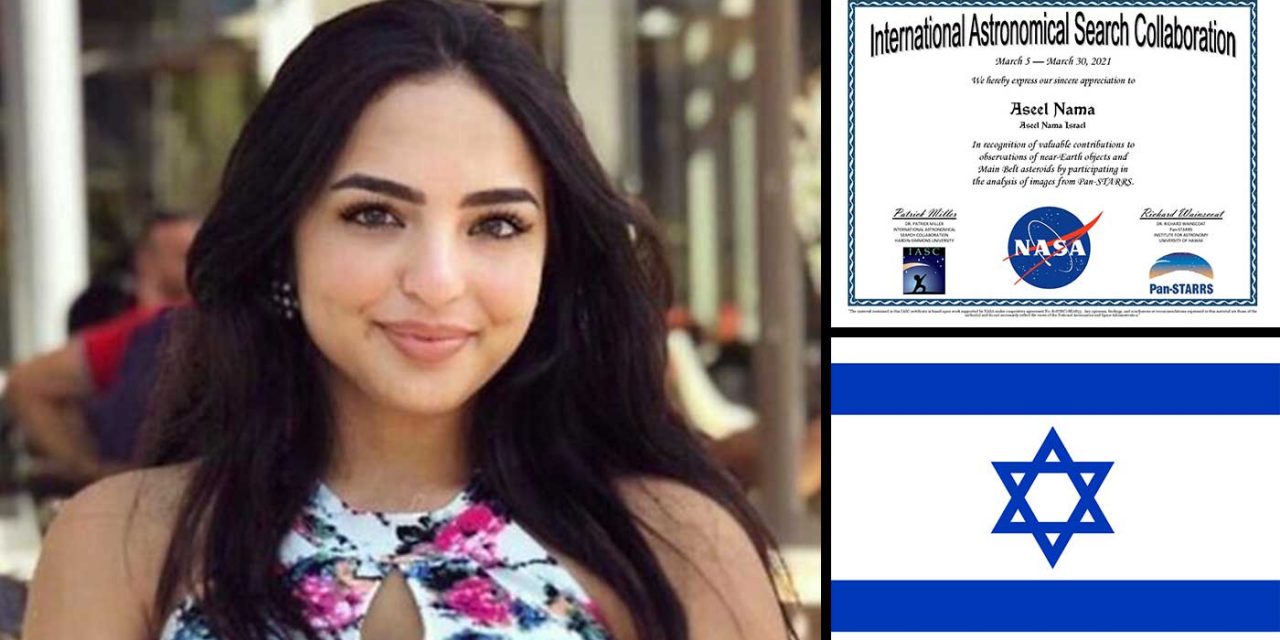 NASA has named two asteroids after the Israeli student who found them during an international competition carried out by the space agency.

Aseel Nama, who grew up in the Arab town of Deir al-Asad and now resides in Haifa, is a BA student in biomedical engineering at Technion, the Israel Institute of Technology.

“I really wanted to participate in this campaign, which is sort of a competition, but NASA insisted that I have to recruit a three-member crew,” she said, according to the statement by the Technion.

“I explained to them that I didn’t manage to recruit partners but this is my dream, and eventually they were convinced and allowed me to take part,” she added.

“That’s how I became the only one-member team and also the only Israeli among 116 teams from around the world.”

Aseel explained that she learned under Prof. Dan Adam in the Technion who taught her about image segmentation. This skill, she says, helped her in detecting the asteroids.

“I got a set of photos and videos from NASA and needed to find new asteroids inside them. I called my ‘team’ ANI (Aseel Naama Israel) and the asteroids I discovered will be called ANI1801 and ANI2001.”