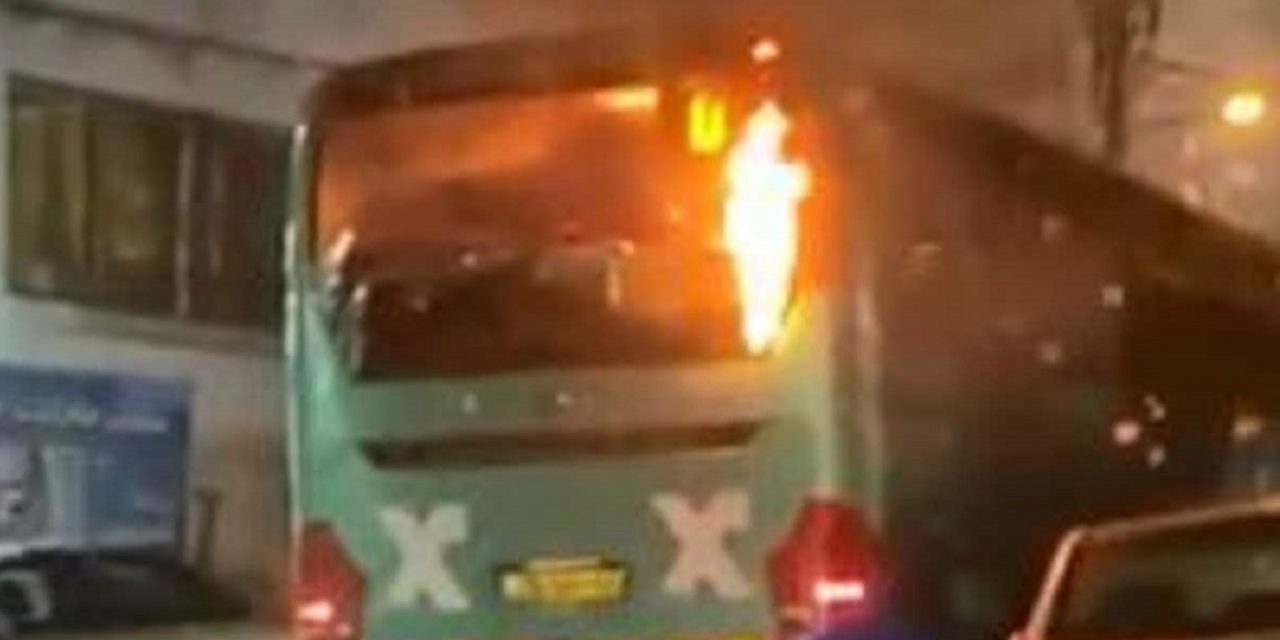 A bus that took a wrong turn into an Arab neighbourhood of Jerusalem was pelted with rocks and set on fire with Molotov cocktails, causing the bus driver and his family to flee.

There were no other passengers at the time, but the bus was heavily damaged in the attack in Issawiya on Saturday evening. Three arrests were made including two minors.

The driver had made a wrong turn into the eastern Jerusalem neighborhood of Jerusalem with only his family on board, and was stopped by a crowd that quickly formed and began pelting the green bus with large rocks. The family fled the vehicle to the safety of a nearby Israeli security force.

World Israel News reports that the empty bus was then hit with several Molotov cocktails, at least one of which started a fire inside. Two firefighting teams went to the scene but were not allowed to enter until additional police escort arrived. The fire was extinguished by the time they were permitted on site.

Between the rocks and the fire, the bus sustained heavy damage, says the report.

Arab nationalists have made Issawiya into a known trouble spot in recent years. Pro-Palestinian riots take place frequently, and when security forces enter to restore the peace, residents regularly throw Molotov cocktails, firecrackers and rocks at them. Security forces entering the neighborhood to look for terror suspects have also been met with violence that has caused several injuries.