Muslim children in US sing about “martyrdom” for Jerusalem and “beheading” 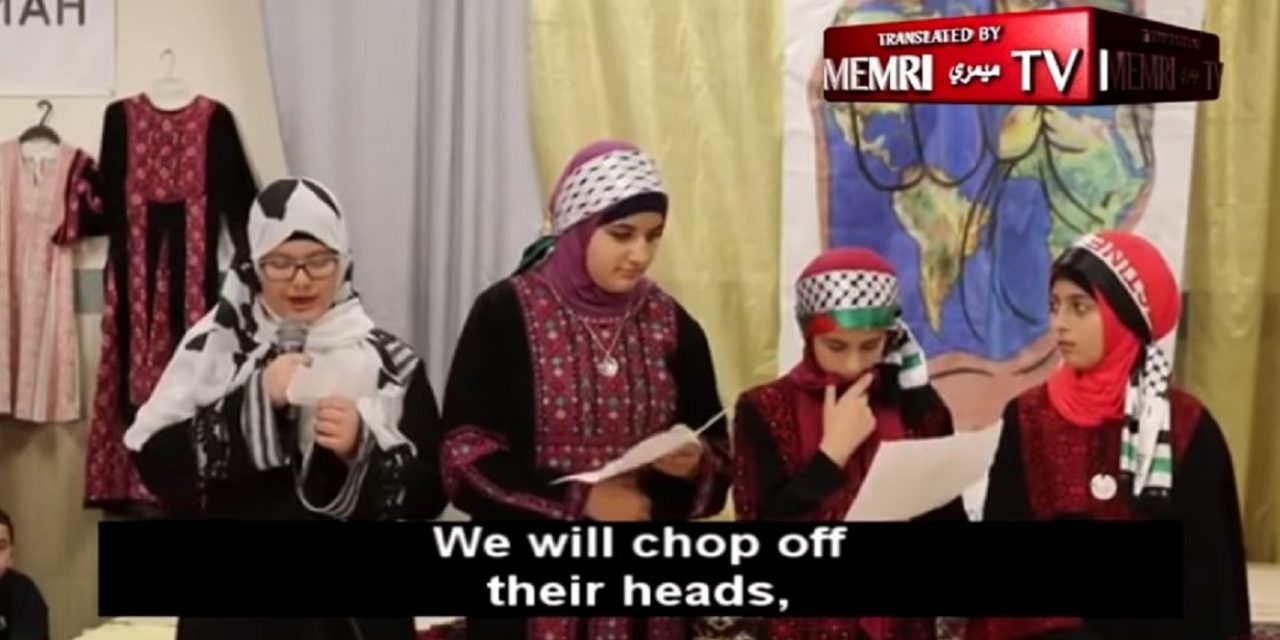 A very disturbing video has surfaced from an Islamic centre in Pennsylvania, United States, showing Muslim children singing and declaring that they would sacrifice themselves and “chop off heads” as members of the “army of Allah”.

The Muslim American Society (MAS) Islamic Center in Philadelphia posted the video to its Facebook page celebrating “Ummah Day” in which young children wearing Palestinian scarves sang and read poetry about killing for Allah and the mosque in Jerusalem.

The Muslim American Society said in a statement Friday that “Not all songs were properly vetted. This was an unintended mistake and an oversight in which the center and the students are remorseful. MAS will conduct an internal investigation to ensure this does not occur again.”