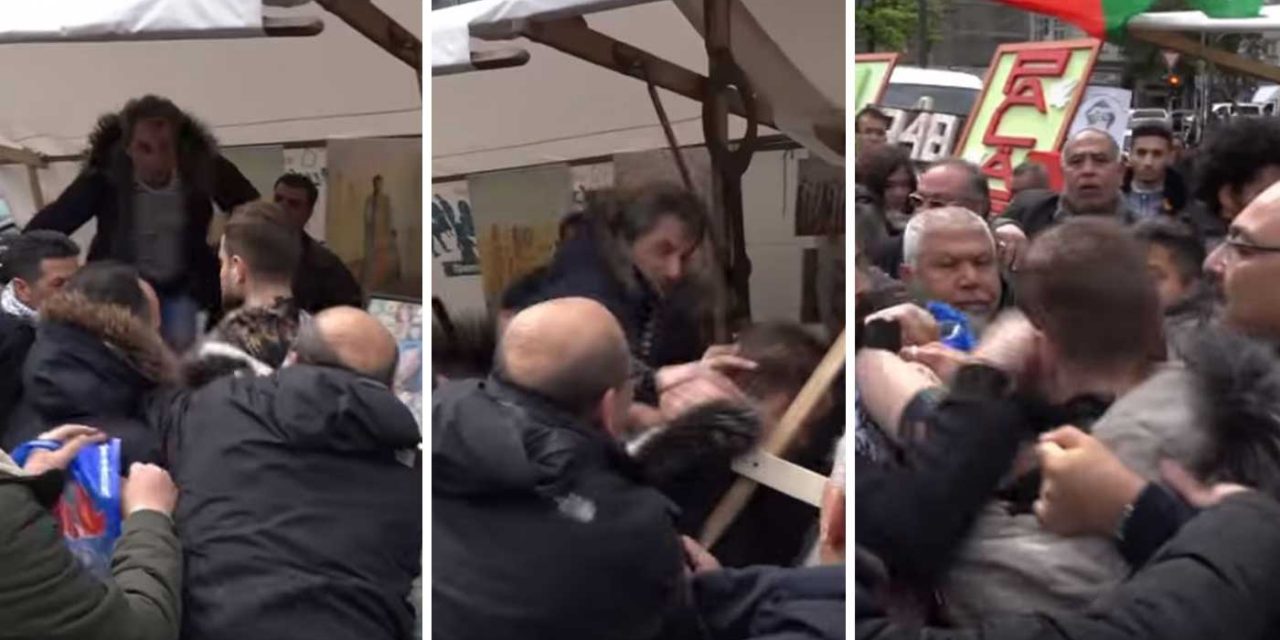 A group of anti-Israel protesters could be seen pushing and beating the man on the face and body until they were separated and police officers arrived at the scene.

The Israel supporter is reported to have said “Israel” a number of times. This apparently was enough to spark a violent attack, once again showing the nature of “peaceful” Palestinian protesters.

The police, who appear to have witnessed the incident, did nothing to restrain or reprimand those who committed the violent attack. Instead, they opted to restrain the victim of the crime, appearing to treat him as the perpetrator.

The protesters set up their event to commemorate Nakba Day, or the “Day of the Catastrophe”, where Palestinians lament the formation of the State of Israel in 1948. It should be noted, however,  that Nakba Day falls on 15 May each year. This event took place on the 5th of May.

The event was filled with anti-Israel messages and calls to boycott various organisations.

Police could be seen removing a poster accusing the Eurovision Song Contest of “art-washing apartheid” after a complaint was lodged by Green Party politician Volker Beck. On Twitter, the politician labelled the commemoration a “political event through-and-through” as opposed to a folklore (or cultural) event that it had been registered as.

It appears some rules were broken alongside the criminal acts of violence.