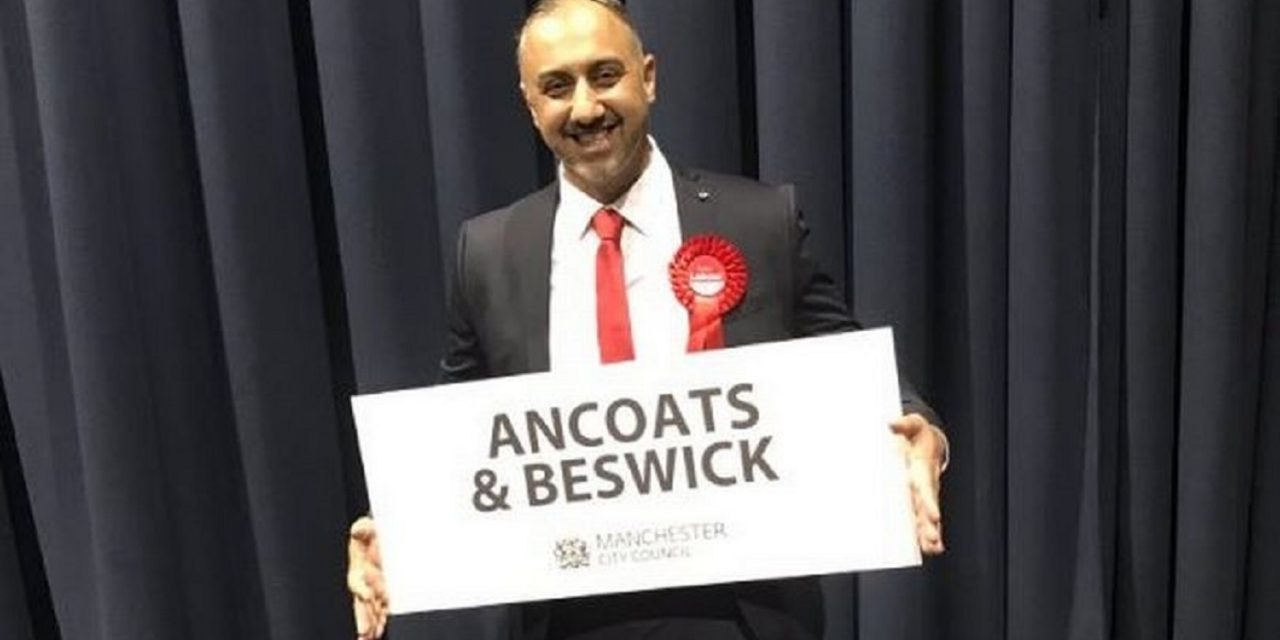 A Manchester councillor has been suspended by the town hall Labour group pending an investigation into alleged antisemitic social media posts.

He had been reported after screen-grabs of Facebook posts, including one of a video drawing parallels between Israeli actions and those of the Nazis, were circulated on Twitter .

On Wednesday Sir Richard emailed councillors to inform them that Coun Dar, who was elected in Ancoats and Beswick for the first time in 2018, had been suspended from the group pending a party investigation.

🔴Likes posts that suggest that Zionists are the worlds enemy.
🔴Leaves unmoderated posts on his Facebook wall which state "Kill all the Jews PERIOD"
🔴Compares Israelis to Nazis
1/2 pic.twitter.com/tNlYd6aJtO

“In the absence of the chief whip, who is on holiday, the group secretary and I met with Majid yesterday to talk about the allegations, where Majid maintained his innocence.

“However, the content [of] some of the posts is in my view antisemitic, and in at least one case grossly so.

“On that basis I have suspended Majid from the Labour group until further notice as a neutral act to allow a full investigation to take place.

“The allegations have been referred to the Labour Party to be dealt with under party rules and procedures.”

Coun Dar’s apparent Facebook posts and shares, as well as comments left by others on his page, had been circulated by the Twitter account @GnasherJew, which highlighted a number of messages, images and videos going back to 2014.

They include a video called ‘Gaza Warsaw Ghetto’, comparing justifications made by the Nazis for slaughter of Jews during the Holocaust with those made by Israel’s army for its actions in Gaza.

Another message apparently posted by him states that Zionism ‘keeps changing direction like a snake’, while unmoderated replies by fellow Facebook users to one of his other comments include ‘Kill all the Jews PERIOD’ and ‘Israel needs to stop existing’.

The posts in question, which mostly date back to the height of the surge in violence in Gaza in August 2014, appear to have now been deleted from Coun Dar’s Facebook feed.

It is understood the party is now investigating after the complaint was passed to regional office.

A Labour spokesman said: “The Labour Party takes all complaints of antisemitism extremely seriously and we are committed to challenging and campaigning against it in all its forms.

“All complaints about antisemitism are fully investigated in line with our rules and procedures and any appropriate disciplinary action is taken. We cannot comment on individual cases.”

Coun Dar was elected to the new ward of Ancoats and Beswick during the all-out elections in 2018, before being re-elected for a four-year term from this May.

Labour is also currently being investigated by the Equalities and Human Rights Commission over its handling of antisemitism.