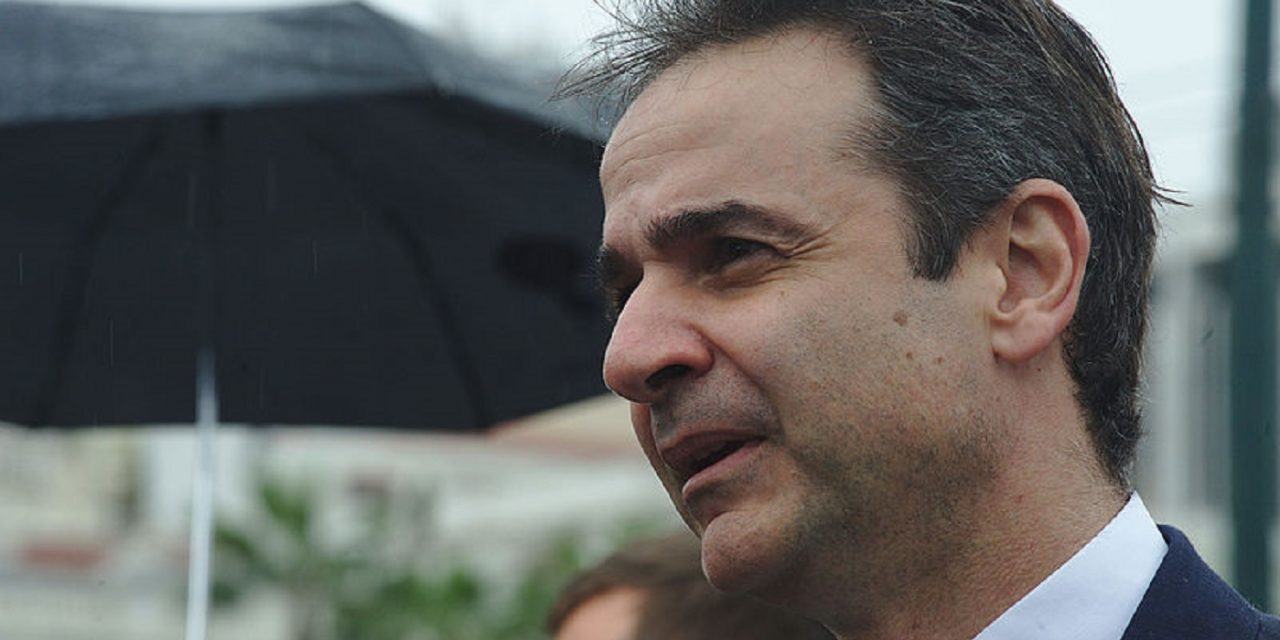 The pro-Israel leader is expected to strengthen the already good ties with Israel and steer Greece closer to the United States, raising questions whether Greece could eventually move its embassy to Jerusalem, breaking with EU policy.

Last year, Mitsotakis told the American Jewish Committee Global Forum held in Jerusalem’s International Convention Center and said that “it is my personal commitment” to strengthen Israel-Greek ties in the future, “should the Greek people give me the opportunity of leading my people.”

Mitsotakis is the son of Konstantinos Mitsotakis, a former Greek prime minister who kept a campaign promise and established full diplomatic ties with Israel in 1990.

“As obvious as that decision seems now, that was far from the case 28 years ago, because Greek public opinion at the time was staunchly pro-Arab and staunchly anti-Israel,” said Mitsotakis in his 2018 speech at the AJC ceremony, where the organization honored his father as a “heroic friend.” Mitsotakis added that his father “did what was right and what was right for the interest of his country.”

A month after recognizing Israel and establishing full diplomatic relations – Greece was the last of the European Common Market countries to do so – the elder Mitsotakis, who passed away in 2017, visited Israel. “Since then the relationship between Greece and Israel has grown progressively and steadily stronger on all fronts – political, economic, military, cultural, geopolitical,” Mitsotakis said in 2018. “I spent an hour with Prime Minister [Benjamin] Netanyahu reconfirming the depth of our strategic relationship. And the strategic nature of the relationship between our two states has subsequently after 1990 been recognized by every Greek government. It is today supported by the majority of Greek parties, but most importantly, it is supported by the majority of the Greek people.”

Greece’s relationship with Israel has been good over the past three successive governments. The financial crisis as well as its rivalry with Turkey has led Greece to look for allies.

Greece sent immediate and significant assistance to Israel in December 2010 to fight the Carmel Forest fire; prevented the launch of a second Gaza flotilla from its ports in 2011 and has significantly upgraded military cooperation with Israel.

Israel, Greece and Cyprus are in an “energy triangle” alliance, holding summits about every six months where a wide range of common interests are discussed, including the possibility of a natural gas pipeline from Israel and Cyprus to Italy through Greece.

Dendias said after meeting Rivlin that the relationship between Greece and Israel acts as a stabilizing factor in the region, describing it as “very, very important, especially when you bear in mind that Israeli-Turkish relations are not good.”

This was Dendias’ second visit abroad – his first was to Washington – since taking office, and a clear signal of the importance that Athens attaches to ties with Jerusalem.

Netanyahu, who has been instrumental in forging an alliance with Greece and Cyprus, issued a brief statement saying that he and Dendias discussed “the strengthening of bilateral economic cooperation and advancing the East Med gas pipeline project between Israel and Europe.” The statement did not mention that the two discussed Turkey.

Dendias also met with Greek Holocaust survivors, and visited Yad Vashem, where he laid a wreath. “The Greek word for truth literally means ‘that which can never be forgotten,’” he said. “Denying truth is a form of evil and memory is our weapon against it.”