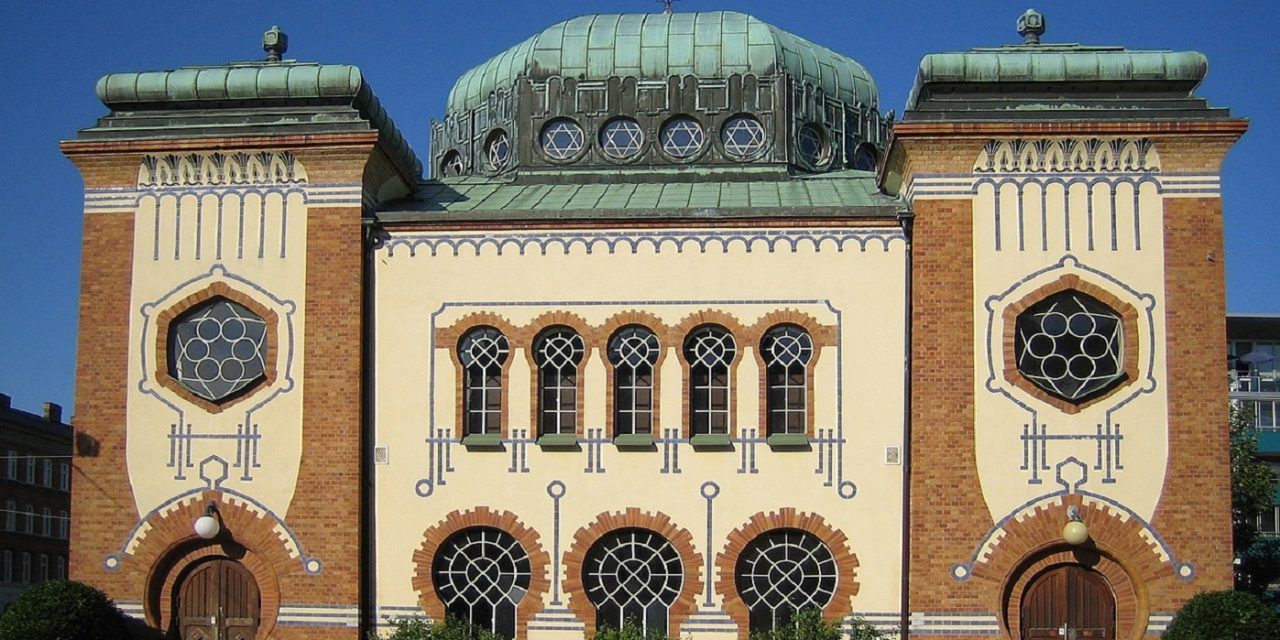 The slogan, “the Holocaust was a scam”, was projected onto the main synagogue in Malmö at the same time as the city was holding an international forum on combating antisemitism.

JTA reports that Swedish police are investigating an the wording was seen on the Synagogue of Malmö and on other buildings in cities across southern Sweden on Wednesday night.

The incident is being treated as a hate crime.

The Nordic Resistance Movement, a neo-Nazi group, claimed responsibility for the incident, according to reports.

The Malmö International Forum on Holocaust Remembrance and Combating Antisemitism brought together heads of state and other prominent government officials from dozens of countries in a city known for its high rates of antisemitism.

The Jewish community in Sweden’s third-largest city has since dwindled down to around 500.