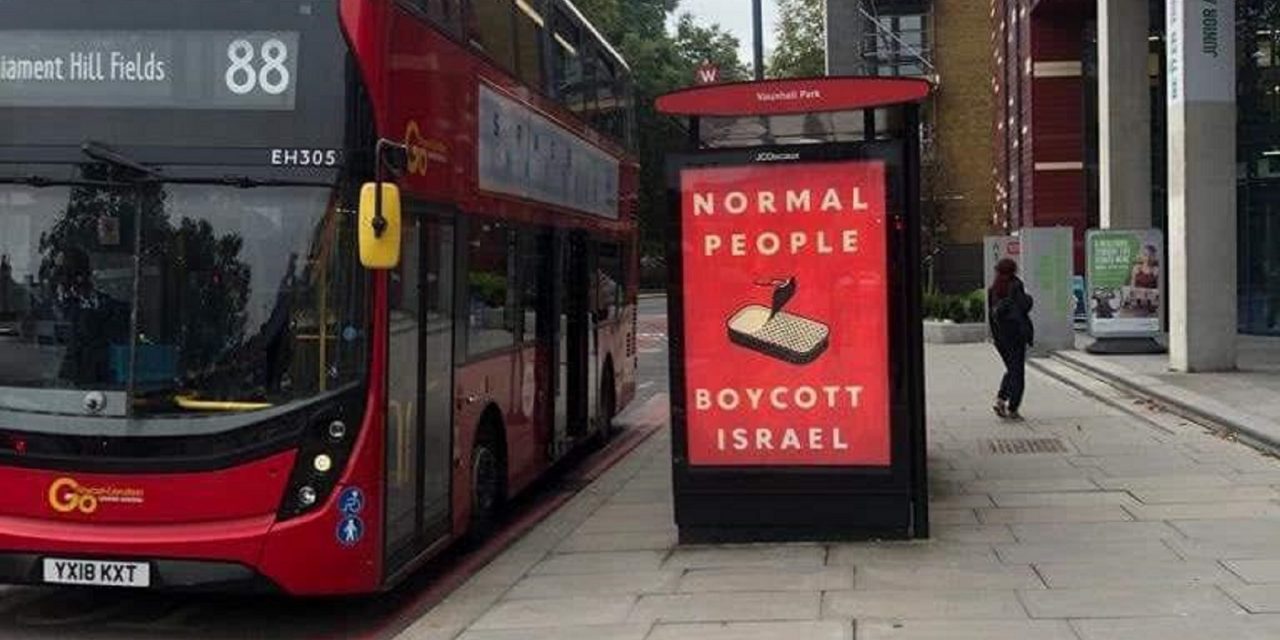 Unauthorised ‘boycott Israel’ posters have been reported at a number of bus stops in the UK capital.

The posters were based on a mock-up of Irish author Sally Rooney’s novel ‘Normal People’ to read: “Normal People Boycott Israel.”

It follows controversy sparked by the best-selling author last week after Rooney declined an offer from Israeli publishing company Modan to translate her latest book Beautiful World, Where Are You into Hebrew – labelling Israel an apartheid state.

A Transport for London spokesperson said they had ordered any instances of boycott Israel posters found at bus stops to be taken down “immediately.”

“These adverts are not authorised by TfL or our advertising partner JCDecaux,” said the spokesperson.

“It is fly posting and therefore an act of vandalism which we take extremely seriously. We have instructed our contractors to remove any of these posters found on our network immediately.”