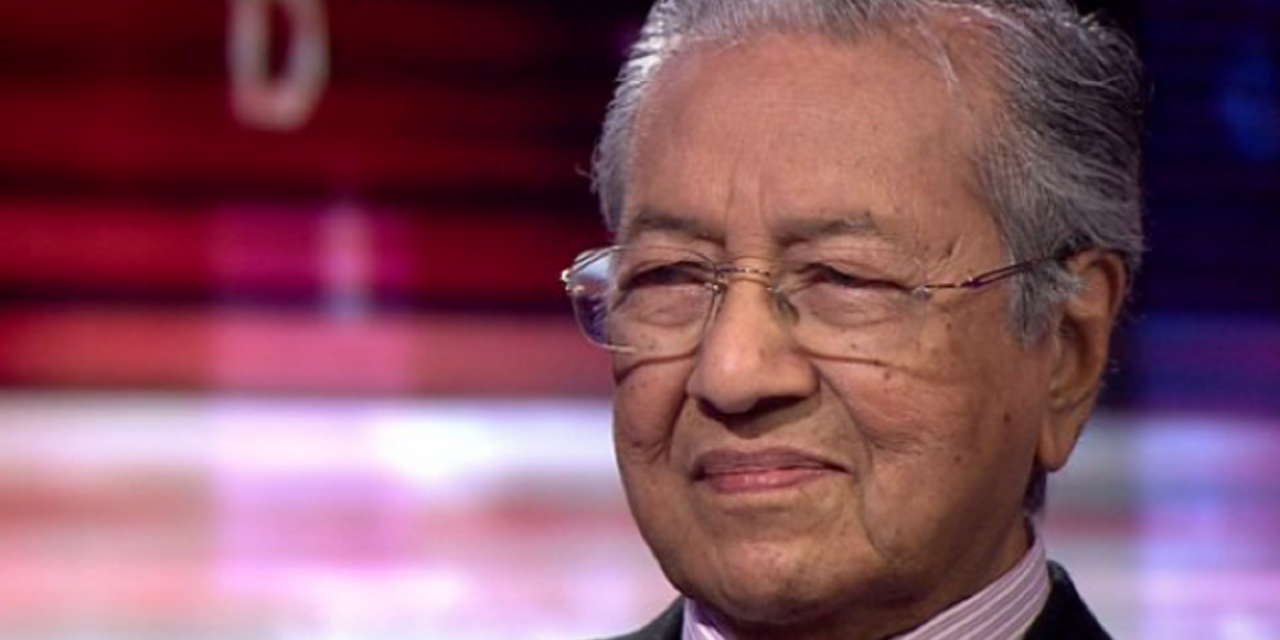 Speaking on BBC’s Hard Talk, Malaysia’s Prime Minister was given an opportunity to apologise for a series of anti-Semitic remarks but instead made even more shocking anti-Semitic statements.

Mahathir Mohamad, who has been visiting universities in the UK this week, described Jews as “hook-nosed” and blamed Israel for the unrest in the Middle East, reinforcing accusations that he is an anti-Semite.

“If you are going to be truthful, the problem in the Middle East began with the creation of Israel. That is an old truth. But I cannot say that,” he said Tuesday in the BBC interview.

BBC host Zeinab Badawi, who became almost speechless after his remarks, called him out for describing Jews in his 1970 book “The Malay Dilemma,” as being hook-nosed.

“There are many races in this world, I have said nasty thing about them but they never accuse me of anti this or that,” Mohamad said.

“Even lots of people say nasty things about us, such as Malays being lazy or fat-nosed but I did not take it up against them and we did not go to war for that,” he said.

He also wrote in his book that “the Jews are not merely hook-nosed, but understand money instinctively.”

Mohamad also has questioned the fact that 6 million Jews were killed in the Holocaust, saying the figure was 4 million Jews.

Mohamad, 93, is serving his second term as prime minister, after previously serving in the position from 1981 to 2003.

"Mahitler" Doubles Down on the Jew Hatred

Posted by Israellycool on Wednesday, 3 October 2018

Las week, Mohamad condemned Israel during his speech at the UN General Assembly. During his visit to the UK this week, which many Jewish groups denounced, he visited Imperial College and the University of Oxford before giving a speech to influential think-tank Chatham House.

Board of Deputies Senior Vice President has condemned his latest antisemitic outburst: “Malaysian Prime Minister Mahathir Mohamad is a purveyor of antisemitic and antiquated tropes. While the rest of Malaysia is moving forward, he makes it look like the country is moving backward, which is a great pity. We urge our Government to treat him accordingly and to raise concerns at an official level.”