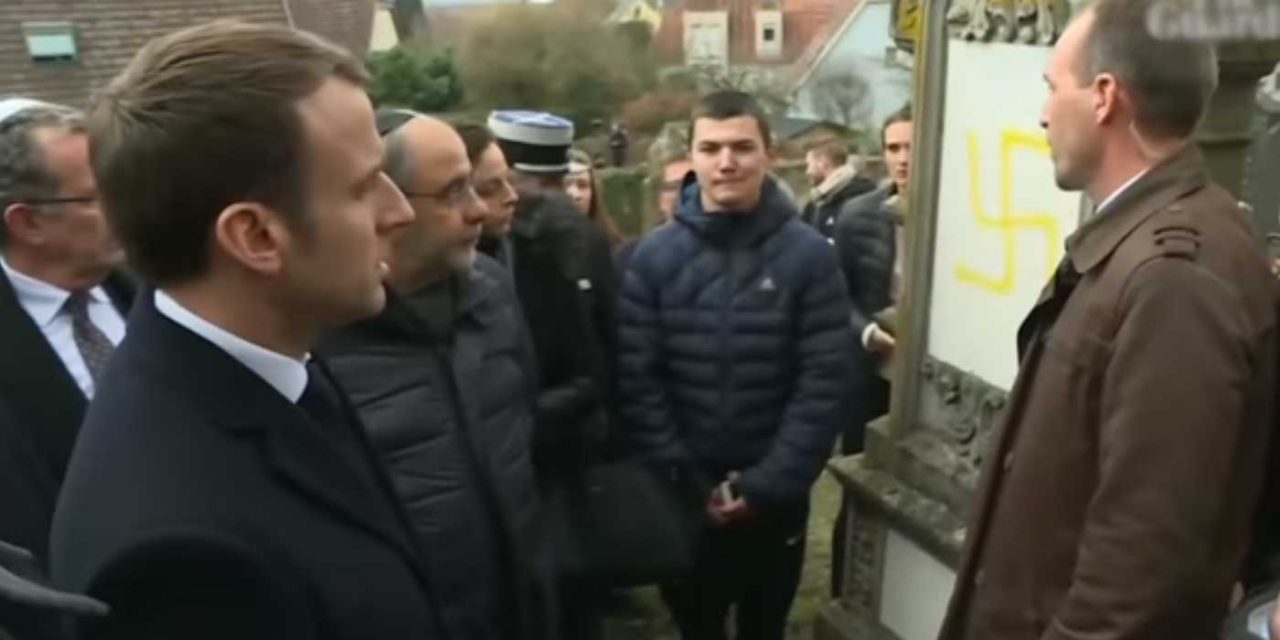 France’s President Macron has vowed his country will adopt the IHRA definition of anti-Semitism, including its points on Israel, after saying hate crimes against Jews are at worst levels since the Second World War.

France has seen a surge of anti-Semitic incidents in the last few weeks and 2018 saw a 74% increase in anti-Semitic hate crimes compared with the previous year.

Macron, speaking at the annual dinner of the Jewish organisation Conseil Représentatif des Institutions Juives de France (Crif), said his country and other parts of Europe had in recent years seen “a resurgence of antisemitism that is probably unprecedented since [the second world war]”.

The French government is planning to adopt the intergovernmental organisation International Holocaust Remembrance Alliance’s (IHRA) definition of antisemitism and propose a law to stop hate speech being circulated online, the French president said.

Amongst other forms of anti-Semitism, the definition rightly states that antisemitism can take the form of “denying the Jewish people their right to self-determination, eg by claiming that the existence of a state of Israel is a racist endeavour”.

Macron said he thought that view was correct.

“Anti-Zionism is one of the modern forms of antisemitism,” the French leader said. “Behind the negation of Israel’s existence, what is hiding is the hatred of Jews.”