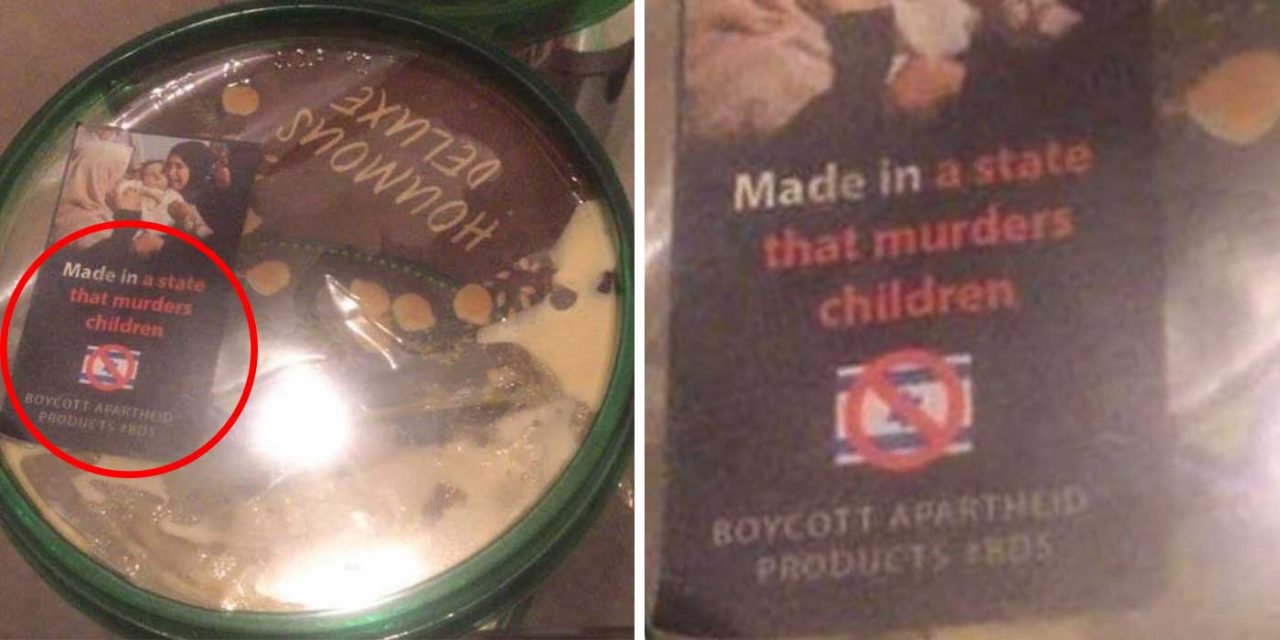 Anti-Israel activists have targeted some Israeli hummus in a north London supermarket to spread their hate-filled lies about Israel.

The image above was taken in a Budgens supermarket in Jeremy Corbyn’s own constituency of Islington, north London. Now we are not suggesting a link between Corbyn and this vandalism, but it is a well-known fact that Jeremy Corbyn does himself support BDS.

The Boycott Divestment and Sanctions (BDS) movement targets Israel and encourages individuals, businesses and governments to stop doing business with the country in an attempt to financial damage it. It is an anti-Semitic movement, ignoring real atrocities in the world and targeting only the Jewish state of Israel.

As Documenting Antisemitism, the group who first shared this image pointed out, this is not the fault of the supermarket. Anti-Israel activists are working hard to bully and pressure supermarkets to stop them from stocking Israeli products using intimidation and vandalism.