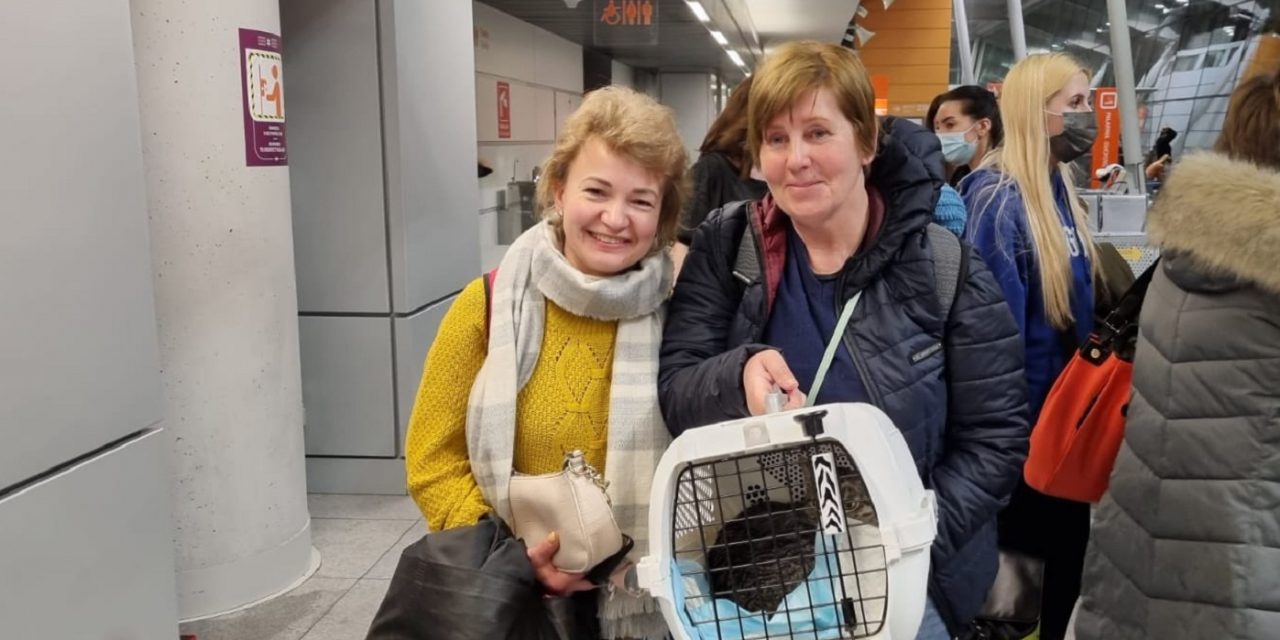 On board a CUFI-sponsored refugee flight to Israel last week were two long-lost sisters who amazingly discovered one another during the escape from Ukraine.

After crossing the border into Poland, Valentina and Mariana Varshavsky were waiting separately in a hotel, preparing to board a flight to Israel. The two women had never met and didn’t even know of the other’s existence. When a Jewish Agency representative read the passenger list, they heard their surname being called out twice. This led to the two entering a friendly conversation together upon which they discovered they had the same father.

“Amid all this chaos, we found one another and found out we’re sisters,” Mariana told Ynet. Although they weren’t far from each other, Valentina and Mariana never crossed paths until the war, which the sisters say has “bound them together forever.”

Both women had fled their Kyiv homes on the third day of the Russian invasion, packing their belongings and crossing the Polish border to safety. Each having grown sons living in Israel, it was both their desires to travel to Israel to be with them.

Mariana is their father’s eldest daughter. Her parents divorced when she was a child, after which her father remarried and lost touch with her and her mother. Aside from the fact he lived in Kyiv, Mariana knew nothing about her dad.

Born and raised in Kyiv, Mariana studied engineering and later became a psychologist. Her 26-year-old son, Pavel, felt a deep connection to Judaism and Israel and decided make Aliyah four years ago.

Valentina was also born in Kyiv and worked as a banker before the war. She is married and has two children. Her eldest son Nikita, 23, made Aliyah five years ago and resides in Haifa. Her 13-year-old daughter Masha joined her with their cat as they made their way to Poland in hopes of reaching Israel.

“It’s an amazing thing”, said Valentina. “Who would’ve believed that we would find each other here of all places? I didn’t even know I had another sister.”

“The most amazing thing is that amid all this chaos of war we found one another. We thank the Jewish Agency, we thank Israel and love Israel even more after our reunion in Warsaw. We got on the plane together, like one big family, and we’ll arrive in Israel. There we’ll introduce our sons to each other. What joy, what a miracle,” Mariana said ecstatically.

Whilst the reuniting was a blessing, both women are concerned about what will happen next in Ukraine.

“It’s hard to think what will come next, everything is still gray, especially in this new reality that both of us are trying to process. Our hearts are with our homeland Ukraine and with our beloved Kyiv. I hope that everything ends soon,” Valentina said.

Valentina were two of around 150 passengers on the flight to Israel, which was greeted on the runway by CUFI leadership.

The Jewish refugees are among thousands hoping to make the journey from eastern Europe over the coming days and weeks.

Speaking on the tarmac, Pastor John Hagee said, “There are thousands more innocent women, children, and elderly trapped in Ukraine, seeking safety and freedom,” he said.

“”Help us help the Jewish people of Ukraine now,” he said, “When we declare, ‘Never Again,’ it is more than a slogan, we are making a promise—and this promise is being fulfilled through the generosity of CUFI’s members and partners in rescuing Ukrainian Jews from danger and helping them find refuge in Israel.”