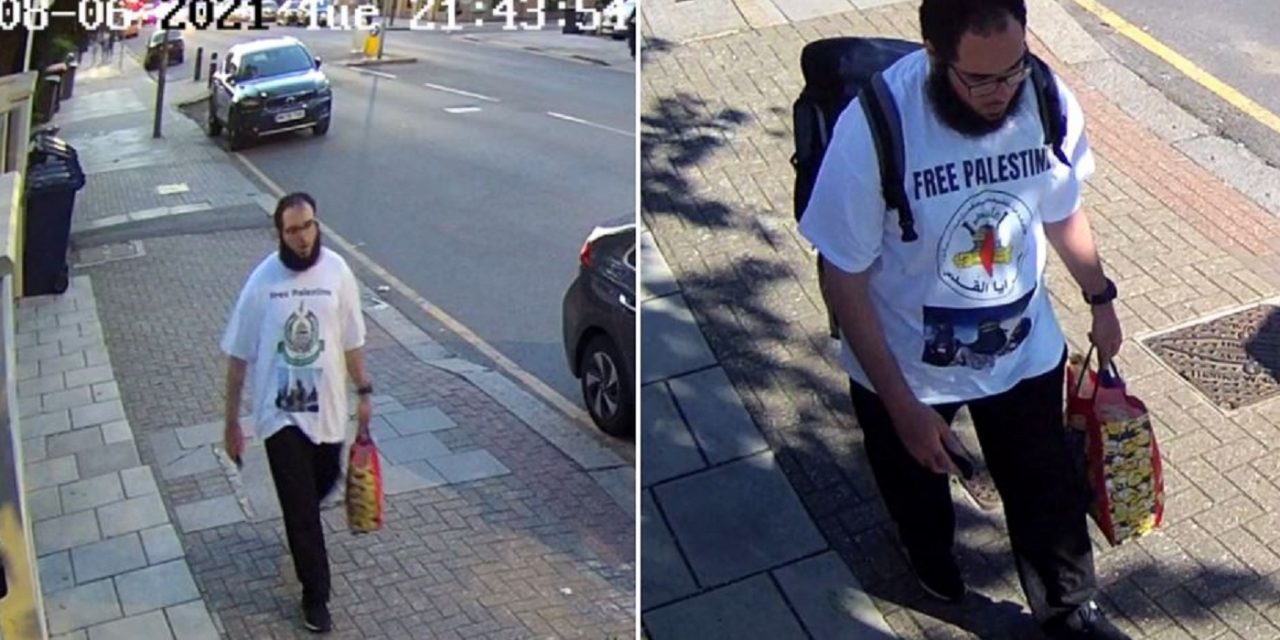 A Swindon man has pleaded guilty for terror offences after walking through a large Jewish community in London wearing t-shirts supporting Hamas and Palestinian Islamic Jihad.

Both groups are proscribed as terrorist organisations in the UK.

Three of the charges relate to Al Jayoosi wearing the garments in Golders Green – an area of north London with a large Jewish population – on 8 and 9 June this year.

The fourth relates to an incident at Barbury Castle, an Iron Age hill fort in Wiltshire, on 30 May this year.

Sentencing will take place in December.

A spokesperson for the Community Security Trust, said: “Hamas and Palestinian Islamic Jihad are terrorist organisations and the presence of a man walking round Golders Green openly supporting these terrorist groups while wearing a large backpack was understandably alarming.

“This was especially the case coming so soon after the huge rise in antisemitism and anti-Jewish extremism during the recent conflict in Israel. He was caught due to the swift action and cooperation between the security guards in Golders Green, CST’s National Security Control Centre and counter-terrorism police and we are grateful to the police and CPS for securing this conviction.”

Feras Al Jayoosi, 34, has pleaded guilty, after walking round Golders Green – a centre of Jewish life in London – with a t-shirt sporting Hamas Izz al-Din al Qassem Brigades and Palestine Islamic Jihad, both of which are proscribed groups.https://t.co/7c9DY3Jcuu pic.twitter.com/Y4peE33Pbx