London: Jewish man attacked in his car outside kosher supermarket 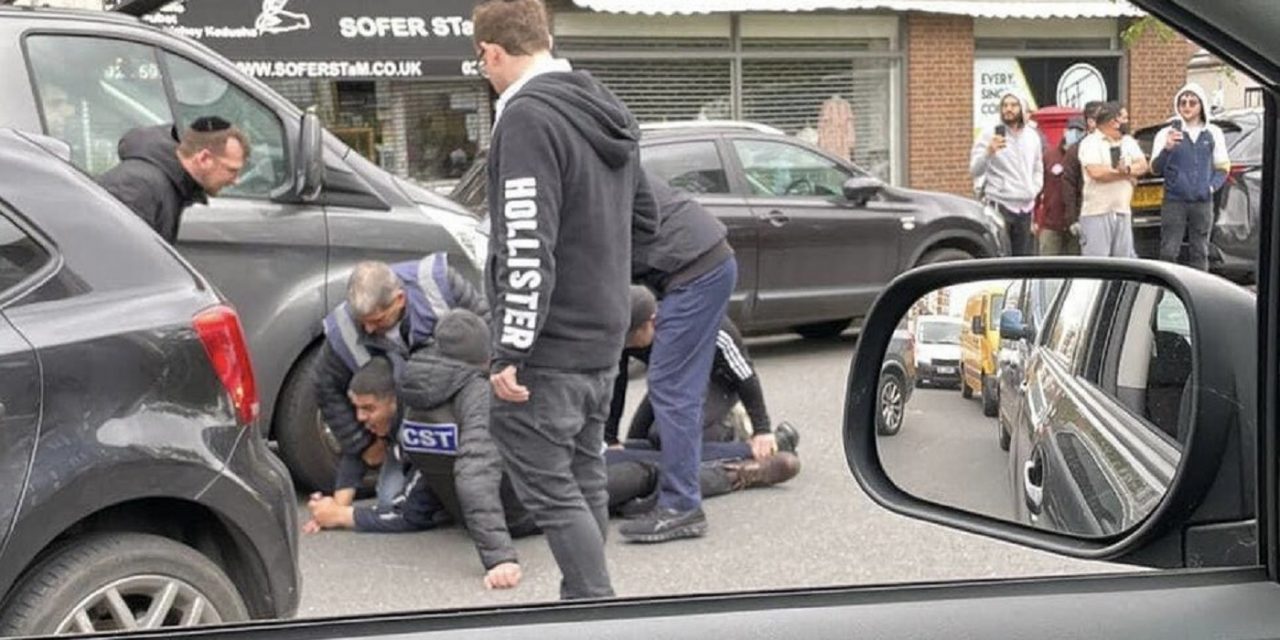 A Jewish man has been attacked in the centre of Golders Green in an apparent anti-Semitic incident before members of the public wrestled the attacker to the ground.

Witnesses describe how a man in his 20s, reportedly ‘pro-Palestinian’, threw himself at the car window of a Jewish driver outside a Jewish supermarket.

A suspect has been arrested following the attack which took place Friday morning. The London suburb of Golders Green has a large Jewish community.

Video taken at the scene shows members of the public helping to restrain the suspect by sitting on his feet. The man struggles but is eventually subdued.

One eyewitness said: “I never seen anything like it in my life. The man jumped into a Jewish man’s car window and tried to break it down.”

Another described the suspect as a “pro-Palestinian person acting aggressively against Jewish shoppers”.

A third claimed the car had been targeted because it displayed an Israel flag.

At the same time, down the road in Temple Fortune, Home Secretary Priti Patel and Communities Secretary Robert Jenrick were discussing Jewish security concerns with community leaders outside Daniel’s Bakery. Writing in this week’s Jewish News, Patel reassured British Jews that their safety was a priority in the wake of the 11-day Gaza conflict.

Members of Shomrim and the Community Security Trust were quickly on the scene outside Kosher Kingdom on Golders Green Road.

In a statement, the Metropolitan Police said they “were called at approximately 10:00hrs on Friday, 21 May to reports of an incident on Golders Green Road.

“A 19-year-old man was arrested on suspicion of racially aggravated public disorder at the scene. He has been taken to a police station in north London.

“A road closure was put in place that has since been reopened.

“Officers will be conducting high visibility reassurance patrols in the area.