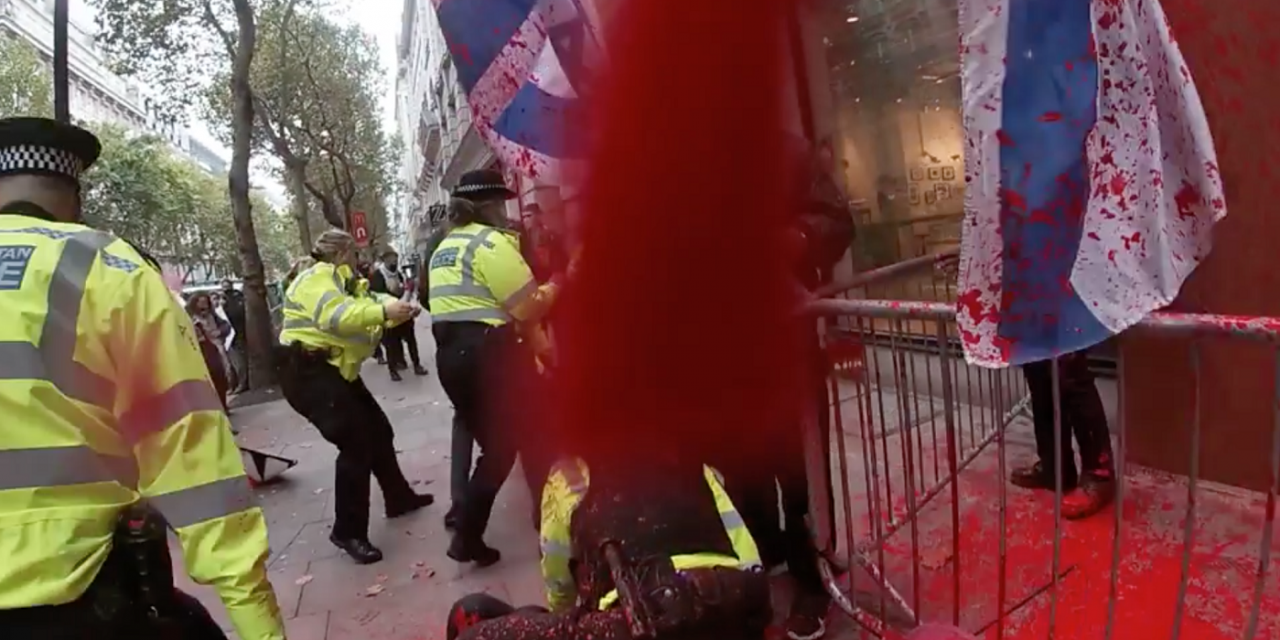 Five people were arrested and one police officer was injured at a London demonstration against an Israeli defence firm on Saturday.

Activists from Palestine Action sprayed red liquid on the headquarters of Elbit Systems in Holborn, a company which  produces drones, missiles and artillery.

Pro-Israel activists who countered the demonstration were also covered in the substance, as shown in footage shared online.

In a statement, the Metropolitan Police said: “Officers were today, Saturday 10 October, policing a demonstration outside a business property in Kingsway, Holborn.”

Shortly before 14:00hrs a car pulled up by the demonstration and the occupants got out and sprayed a liquid onto the property.”

Five people were arrested either on suspicion of criminal damage or assault on police.”

One officer was injured in the arrest and is in hospital – not serious injuries.”

During footage posted on Facebook by Palestine Action, and by pro-Israel activist Jonathan Hoffman, anti-Israel activists are shown jumping out of a car to throw red liquid on the building, and counter-protestors.

Hoffman, pictured with his Israel flag daubed in the red substance, told Jewish News: “These anti-Israel activists showed their true colours: vandals who would deny Israelis the same right to be defended from terrorists as they themselves enjoy in London. That’s called ‘antisemitism’.”

Five people arrested after a liquid was sprayed onto a building in Kingsway #WC2 just before 2pm. One officer injured.

Officers were already on scene policing a demonstration at the loccation.