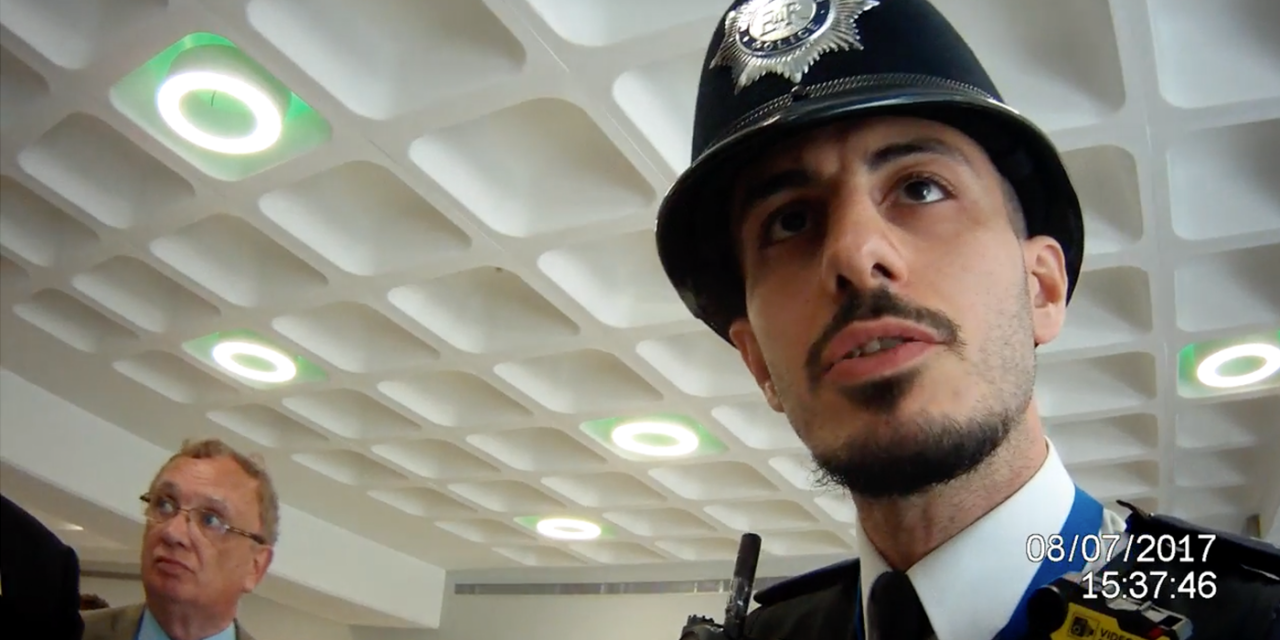 A Jewish man was ejected from the ‘Palestine Expo’ over the weekend after he put on a yarmulke, despite freely walking around the expo for a hours before donning the Jewish headpiece.

A Jewish man named Jason has posted videos on his YouTube account seemingly showing him being removed from the weekend’s ‘Palestine Expo’ (PalExpo) that took place on 8th and 9th July at the Queen Elizabeth II centre in Westminster, London.

The event was open to the public and Jason, who purchased a ticket, was free to walk around the convention and film various aspects of the event without any trouble. Uploading more than an hour’s worth of footage to his YouTube channel, Jason walks around the event, films various talks and displays without any problems.

However, according to Jason, around three hours into his visit he decided to put on his yarmulke (kippah), a skullcap worn by Jewish men, to see what reaction he would get.

Unfortunately, the reaction was his expulsion from the convention. Just ten minutes after putting on the yarmulke, Jason was asked to leave. Without any explanation given by staff at the event, his conclusion is that he was expelled because he was Jewish.

The videos below show his exchanges with a security guard and a police officer over the matter, that Jason deems to be anti-Semitic.

The next video shows the exchange between the Jason and a Met Police officer.

Here is a continuation of the conversation with the police officer outside the building.

The PalExpo is said to have brought around 10,000 people to the Queen Elizabeth II centre in Westminster, London, and featured talks from prominent figures in the pro-Palestinian sphere. The event was billed as Europe’s largest event on “Palestine”.

The two-day event also featured Sheikh Ebrahim Bham, an Islamic preacher from South Africa, who has previously compared Jews to “fleas”, described equality between the sexes as “absurd”, and defended violent jihad as “part and parcel” of Islamic teaching.