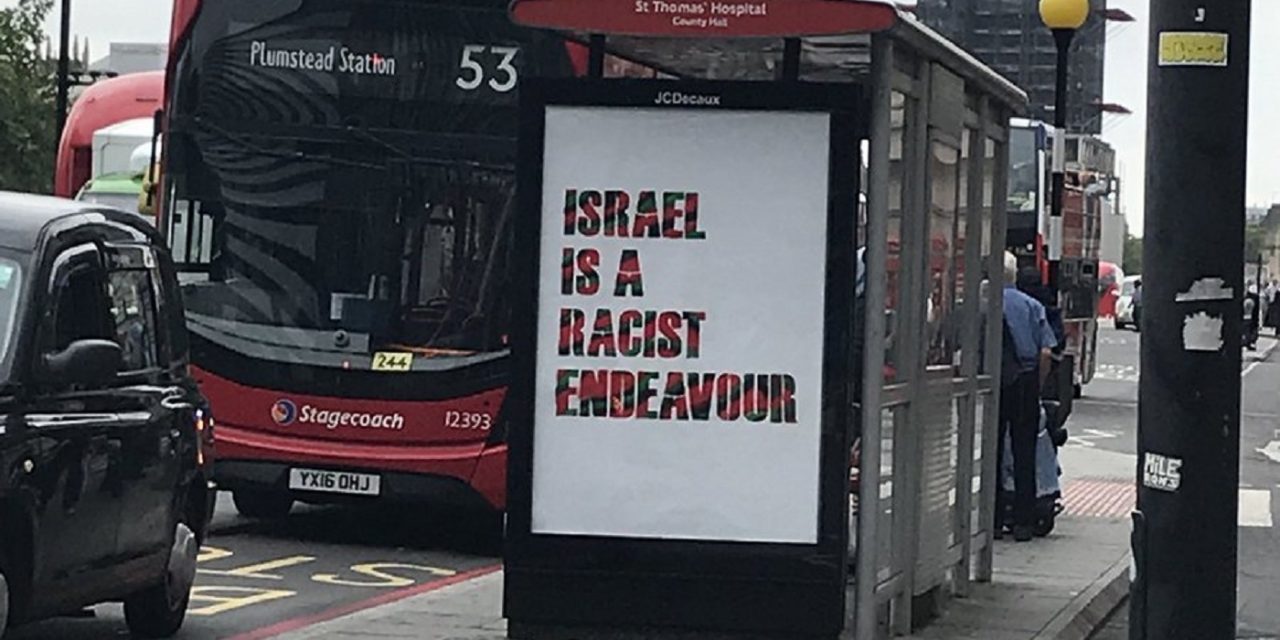 Responsibility for a flyposting campaign at central London bus-stops, declaring “Israel is a racist endeavour”, has been claimed by London Palestine Action.

The full-size posters were posted over existing advertising space, belonging to JC Decaux, at a number of bus shelters, including those on Westminster and Waterloo Bridges. The posters went up Wednesday afternoon, the day after the Labour Party in-fighting about criticism of Israel and antisemitism resulted in the eventual adoption of the full International Holocaust Remembrance Alliance (IHRA) definition of antisemitism.

Labour leader Jeremy Corbyn tried and failed to add a rider to the IHRA definition suggesting that it was legitimate to describe Israel as a racist endeavour.

The vandalism shows how Labour’s failure to adopt the definition without controversy has only stoked further anti-Semitism. 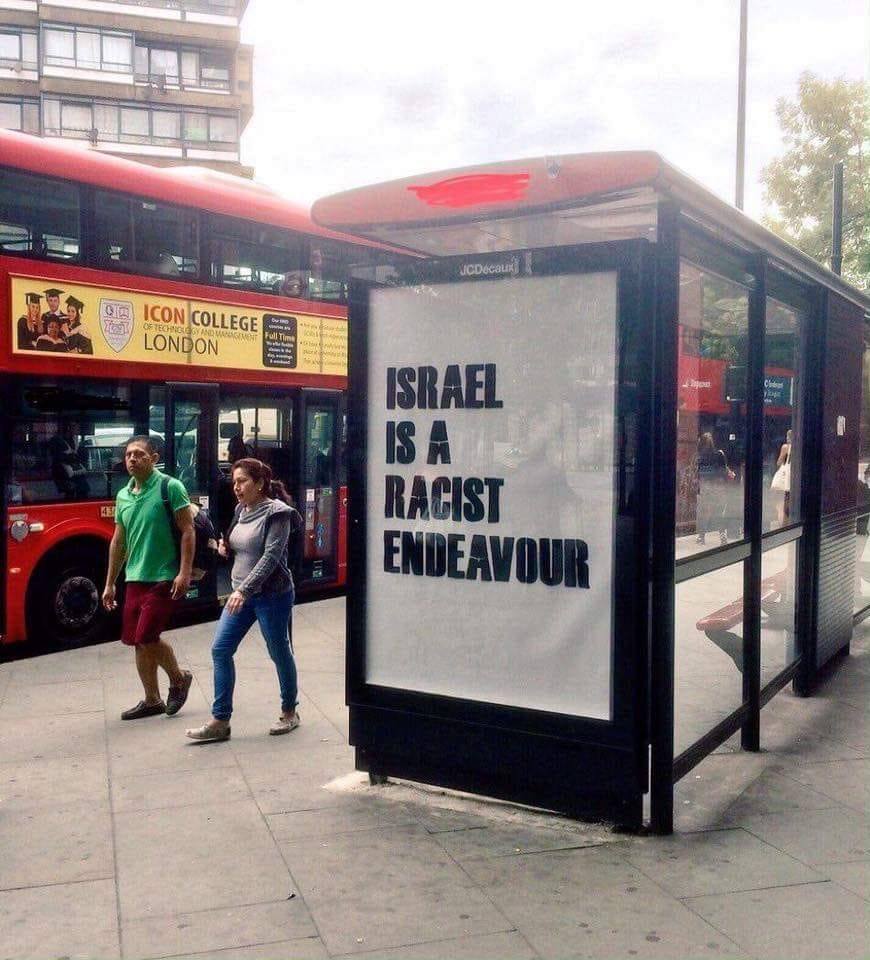 On Wednesday afternoon the flyposters went up and were admired as “amazing work” by Asa Winstanley, who writes the anti-Israel publication the Electronic Intifada.

He said the action had been taken by “the same activist group which brought you the brilliant tube “subvertisements” which sent Israeli politicians into hysterics back in 2016”. This reference was to a series of adverts put up in London Underground, covering existing, legal adverts, which declared Israel to be an apartheid state.

JC Decaux described the posters as “vandalism” and said that steps were being taken to have them removed. A

A TfL spokesperson said: “These adverts are absolutely not authorised by TfL or our advertising partner JCDecaux.. It is flyposting and therefore an act of vandalism which we take extremely seriously. We have instructed our contractors to remove any of these posters found on our network immediately.”

Labour leader Corbyn wanted to make this point at @UKLabour’s National Executive Committee yesterday. He was overridden. Regardless, it looks like he emboldened his bigoted supporters to vandalise London instead. Corbyn is responsible for this https://t.co/1sVpJYLQYh pic.twitter.com/r72yE3f4KA