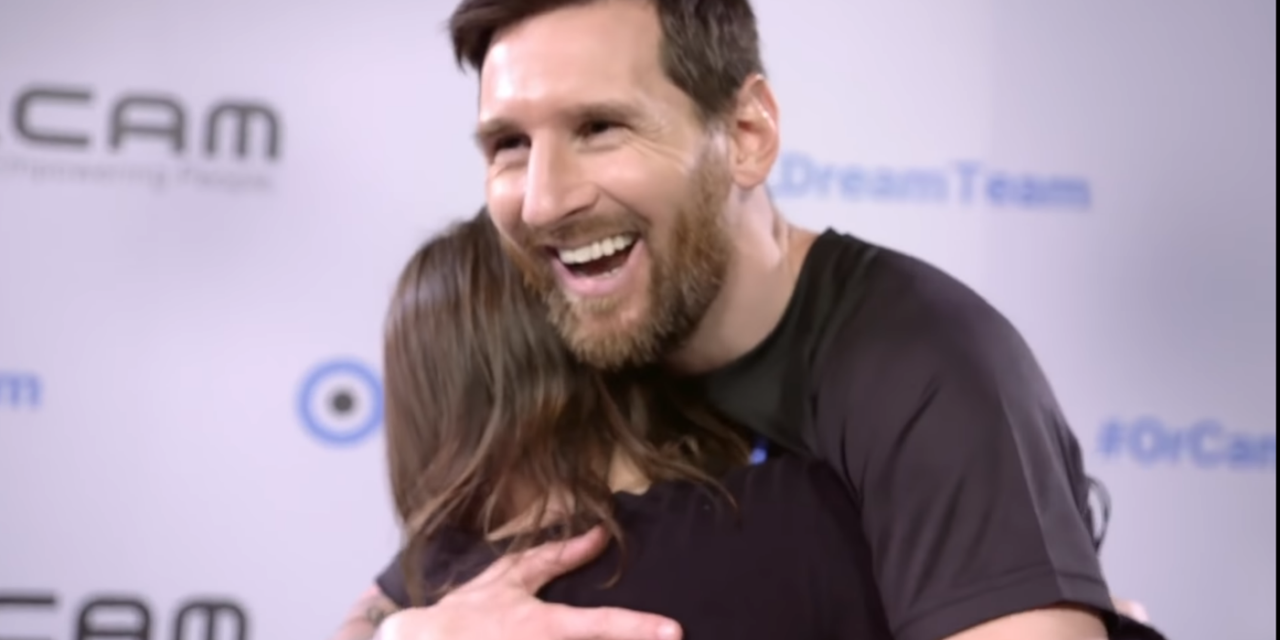 OrCam Technologies, a Jerusalem-based maker of artificial intelligence-based wearable devices to help the blind and visually impaired read texts via audio feedback, said Wednesday that soccer legend Lionel Messi has agreed to be the face of the company.

OrCam said the “partnership collaboration” with Messi is meant to increase awareness of the challenges faced by the blind and visually impaired community globally.

Messi is an Argentina-born football star who has spent his professional career with Barcelona, for which has won a club-record 33 trophies. He was ranked the world’s highest-paid athlete by Forbes in 2019. The 33-year-old requested a transfer from the club in August, soon after the club’s 8-2 defeat to Bayern Munich in the Champions League. However, he is reportedly staying on until the end of his contract in 2021, due to his $825 million release clause.

As part of the joint project, OrCam will arrange face-to-face meetings for visually impaired people from around the world with the soccer superstar, with Messi giving them OrCam’s MyEye device as a gift.

The device is a wireless, lightweight and compact computer, the size of a finger, that fits onto a pair of glasses. The AI-driven technology can discreetly read printed and digital text from any surface out loud to the device wearer. Newspapers, books, computer and smartphone screens, restaurant menus, labels on supermarket products, and street signs become accessible, OrCam said. Additional features offer also instant face recognition and identification of consumer products, colors and money notes, and there is a Smart Reading feature, launched in the US in July, that gives users the ability to use voice commands.