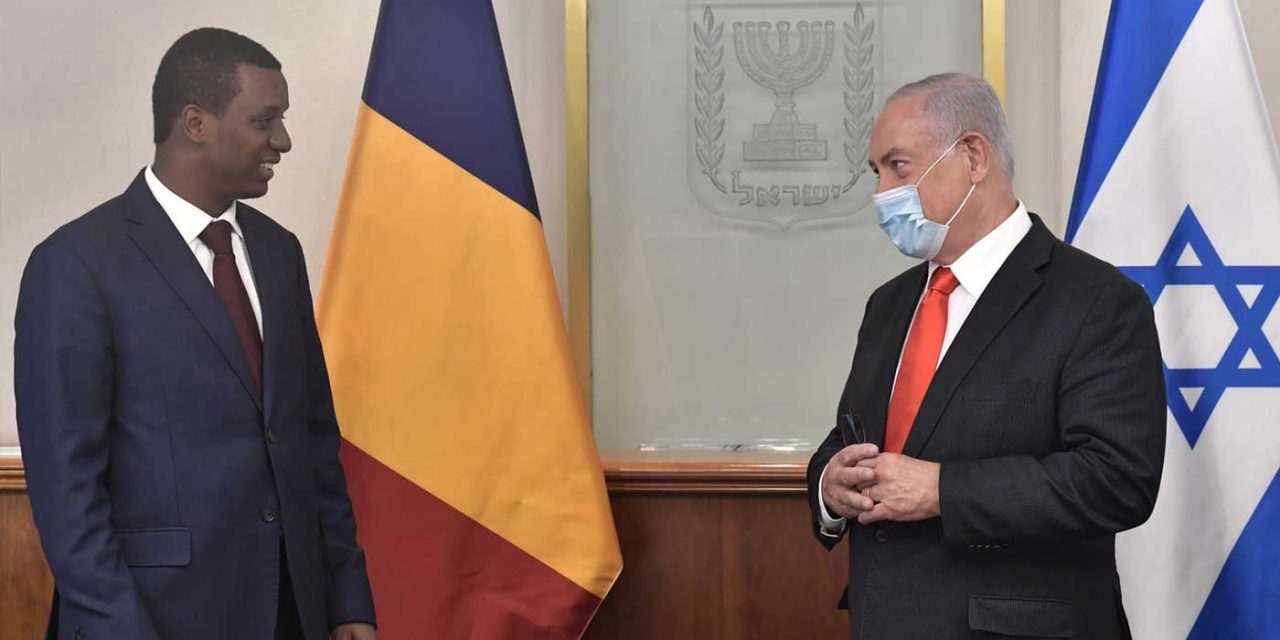 Chad officials visited Israel this week and met with Prime Minister Netanyahu to further strengthen ties and talk of exchanging ambassadors and the possibility of Chad opening an Embassy in Jerusalem.

Prime Minister Netanyahu at the start of the meeting:

“The most important thing is give my warmest regards to your father and to the people of Chad. I mentioned our relations in the discussions about beginning peace with the Emirates. I mention it and I want to do more than mention it. I want to be able to advance it even further. So welcome. It’s good to see you.”

During the day, the delegation from Chad met with NSC head Meir Ben-Shabbat and Prime Minister’s Office Acting Director General Ronen Peretz and also held a series of meetings with other officials.

Posted by The Prime Minister of Israel on Tuesday, 8 September 2020