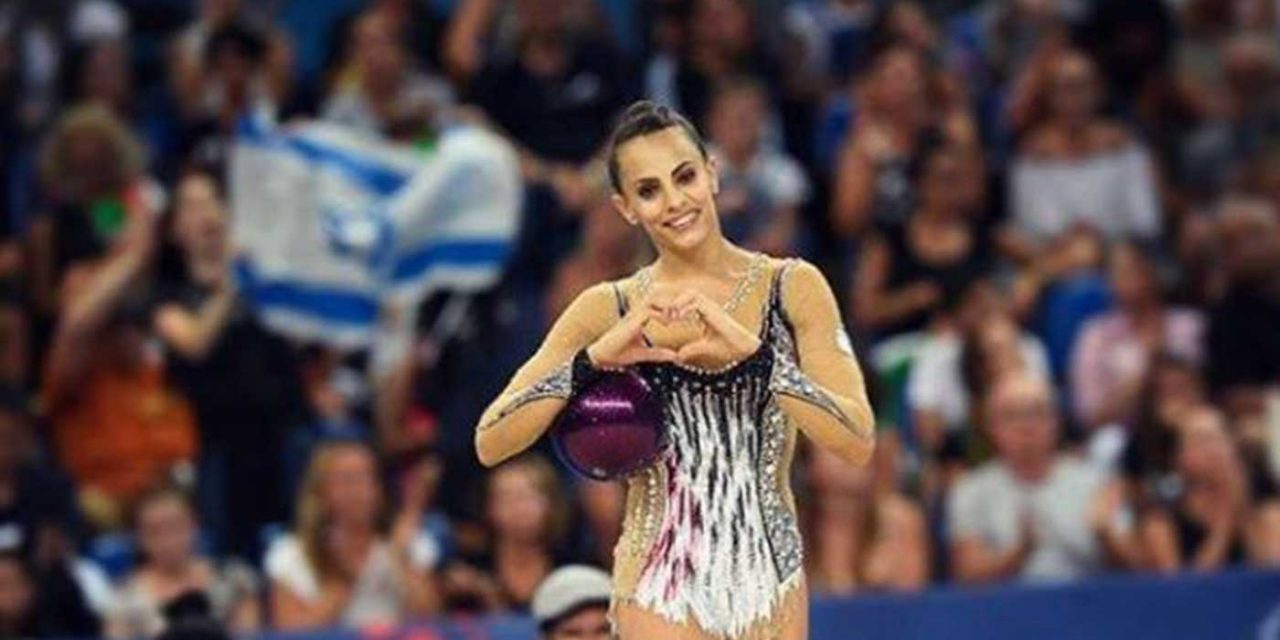 “It’s what I dreamed of for all my life,” Ashram said after the win.

“It’s an amazing feeling to stand in this place, at this time, on the podium and in first place,” said the 22-year-old gymnast who has now been picked to carry the flag at the closing ceremony.

“It’s a crazy experience that I still haven’t fully digested and with peak levels of excitement,” Ashram said.

Ashram won the Individual All-Around competition in Rhythmic Gymnastics on Saturday, beating out tough competition to take the top spot on the Tokyo 2020 podium and ending over two decades of Russian dominance in the sport. She was visibly moved as ‘Hatikva’, Israel’s national anthem was played.

According to the Times of Israel, Ashram led the first three rotations on Saturday morning. She scored 27.550 and came top in the first discipline of the individual contest with her hoop routine.

She then came joint first in the second rotation — the ball routine — with a score of 28.300. In the third rotation, clubs, Ashram received 28.650.

In her final routine, set to “Hava Nagila,” Ashram fumbled her ribbon at one point and scored 23.300. However, it was still enough for her to maintain her lead over Russian gymnast Dina Averina, who took the silver medal.

Ashram said that waiting for Averina’s score in the final routine, which would determine the order of medals was “the most stressful moment of my life.”

The Russians were not happy about the loss with coaches protesting what they call an “injustice”. This also sparked a backlash against Linoy Ashram online. However, in 2018, the roles were reversed. The Russian gymnast dropped her ribbon and ended up claiming gold ahead of the Israeli who did not make any mistakes but was awarded the silver medal. So there really is nothing to complain about now that the roles are reversed. Ultimately, it is the judges who decide and they awarded Israel’s Linoy Ashram with the gold, and rightfully so.

Well done to all the Israeli athletes who competed at the Tokyo 2020 Olympics and represented the Jewish state with pride.

We are also very proud of the UK’s performance at the Olympics, coming fourth in the overall standings and winning 22 gold medals! Well done Team GB!