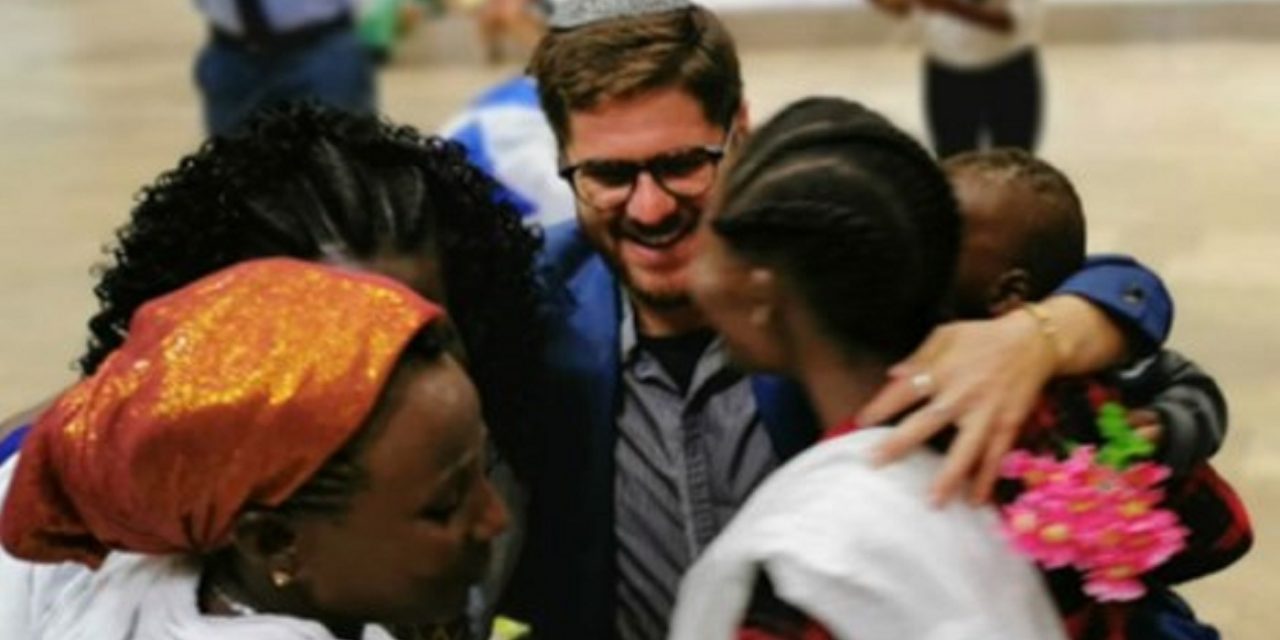 Suzy and her children were reunited with her mother, bringing to an end a 10-year saga that spanned four countries, and was directed by Binyamin-area resident Aharon Tsuf.

“I was touched by the story. I realized that if I didn’t help this family, no one would,” Tsuf said.

And help he did. He set in motion the process of bringing Suzy and her children to Israel, enlisting Suzy’s brother to help find her and her sister, which took until December 2018. They then traveled to Ethiopia for a family reunion.

“It was the first time they had seen their mother in 10 years,” Tsuf said.

From there, he brought the mother and one of her daughters to Israel, while Suzy went back to South Sudan to fetch her children.

He continued with his efforts to bring Suzy and her children to Israel.

“At the end of June, I fulfilled all the demands of the South Sudanese Interior Ministry, and with the help of the ambassadors, I brought [Suzy and her children] to Ethiopia. They waited there for about 40 days, partly because Suzy had come down with malaria,” said Tsuf.

Assisted by donations from friends, pro-Israel Christians in Africa, Binyamin Regional Council head Yisrael Gantz and Israeli Interior Minister Aryeh Deri, Tsuf had the family recognized as part of the Jewish people. He then organized travel to Israel for Suzy and her children.

“It was hard to get here. In the end, she took an eight-day bus ride from South Sudan to Ethiopia via Uganda and Kenya. Halfway there, she got lost and went back. The project encountered a lot of difficulties. We’re talking about countries that have no identity cards or good communications,” said Tsuf.

“After an exhausting year and a half, this unbelievable moment has arrived. I’m tearing up,” he said.

For the next few months, the new arrivals will live in an immigrant absorption center.

The Gathering of Israel, “Kibbutz Galuyot”

Susie and her children were smuggled out of Sudan and brought to Israel last night. So moving to see Jewish people returning home….pic.twitter.com/mVGEgox3YN