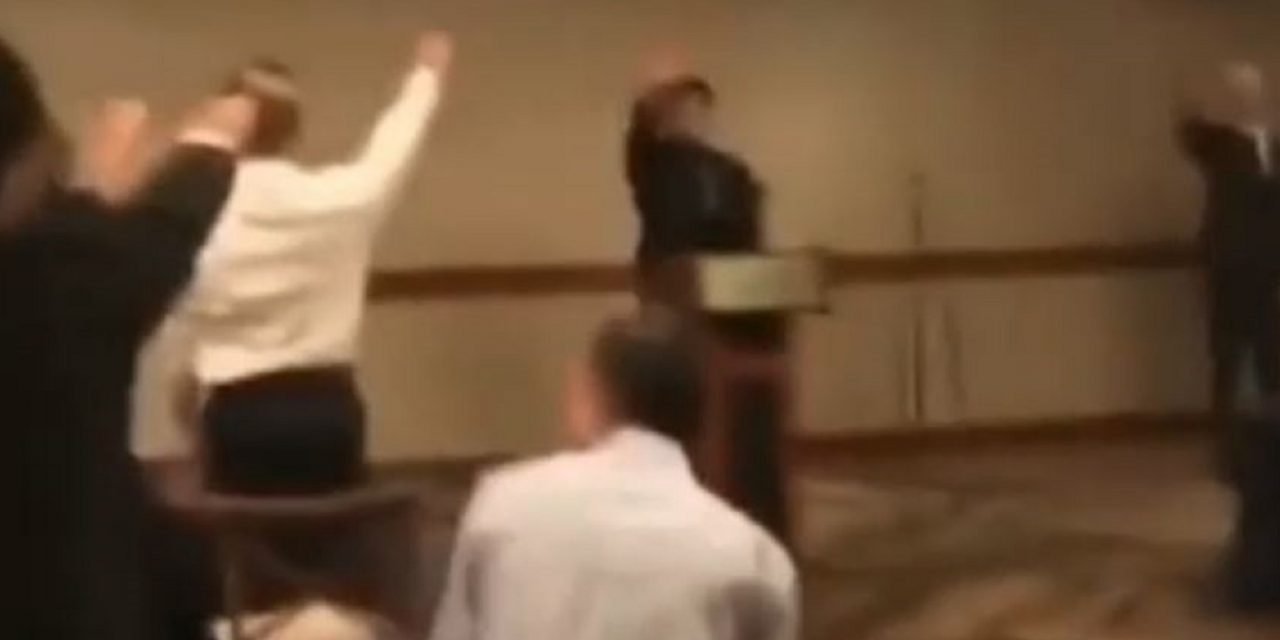 On Monday, an eight-second video of students from Pacifica High School in Garden Grove, California appeared online, which showed the high-schoolers making the “Heil Hitler” salute and singing a Nazi song.

The video was initially obtained by the Daily Beast, which identified the participants as members of the boys’ water polo team who had gathered in an empty room, unsupervised.

According to officials from the Garden Grove Unified School District, the clip was recorded in November 2018, but didn’t come to school administrators’ attention until March 2019. After the video surfaced Monday, district representatives claimed they had “addressed the situation with all students and families involved,” without specifying what steps had been taken, reported the Associated Press.

The AP report identified the song in the video as music written by German composer Herms Niel during Hitler’s rise to power, which was played to fire up Nazi soldiers during World War II. Niel was identified by the Daily Beast as a member of the Nazi party who served as a bandleader at Hitler’s notorious Nuremberg rallies.

The “Heil Hitler” salute endures as a popular neo-Nazi calling card and is shorthand for anti-Semitism, racism, and white supremacy.

Since reports of the video, a second and third video have also come to light.

These videos are now part of a bigger investigation at the school.

The Garden Grove Unified School District received the new videos on Tuesday, as teachers and parents at a board meeting, which had extra police available, expressed frustration about not being notified earlier about the first video.

“We’ve recently received new allegations, new photos and video, even within the past hour, and new claims that have led us to reopen and widen the scope of the investigation,” said Pacifica principal Steve Osborne.

“We are sorry that our investigation and our transparency with the Pacifica community fell drastically short,” he added. “In retrospect, our judgment was wrong, and we take full responsibility for that.”