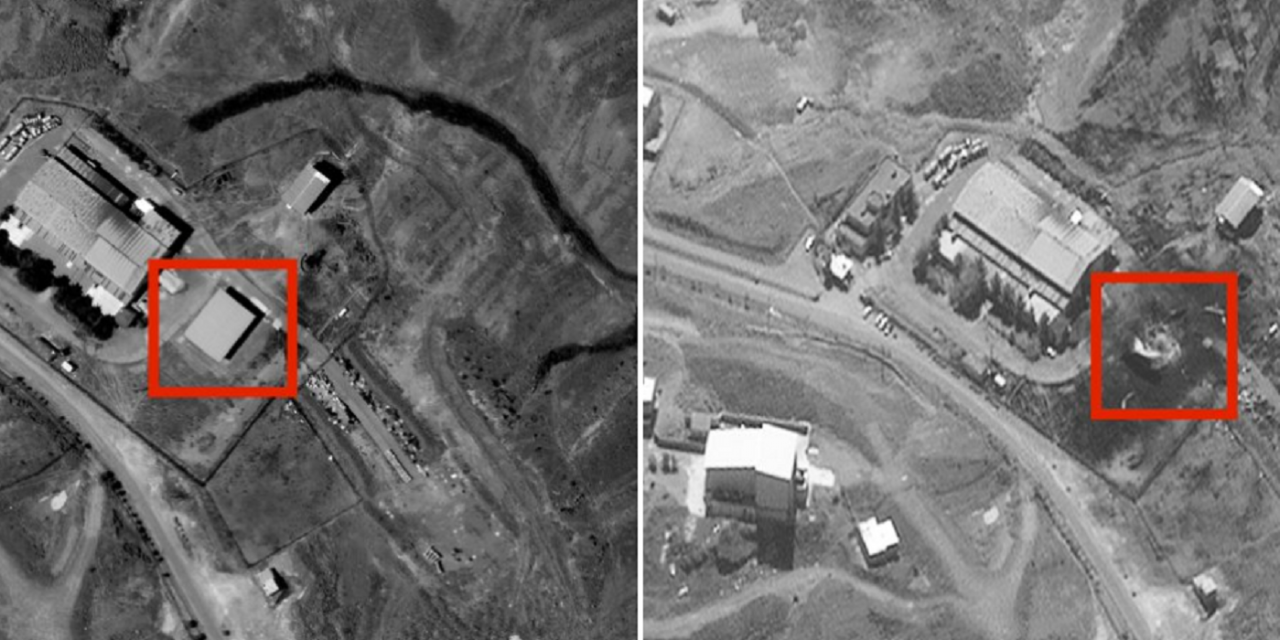 Satellite photos taken by Maxar Technologies and published on Sunday by NBC reporter Raf Sanchez indicate immense damage to a structure at the Parchin military site, east of Tehran, apparently the source of a mysterious explosion that rattled the Iranian capital on early Friday.

The satellite images show a small structure, adjacent to a larger building, completely destroyed with charred ground around it.

Iranian Defense Ministry spokesman Davoud Abdi told state TV on Friday that the explosion took place at a gas storage facility in an area that “houses a sensitive military site” near Tehran.

He insisted the explosion took place in the “public area” of Parchin, as opposed to the military site in the city. He did not give any information about the cause of the blast.

The military site at Parchin has been used by the Islamic Revolutionary Guard Corps to test ballistic missiles. Western analysts believe the site consists of a vast underground tunnel complex for testing and producing missiles. The site has also been linked to Iran’s nuclear project.

Satellite image shows aftermath of the explosion at Khojir missile base in Iran. One building completely destroyed and a large burn area.

Iran claims a gas tank exploded near a military base. There's no sign of a gas tank here and the blast is inside the base.

The Washington-based Center for Strategic and International Studies identified Khojir as the “site of numerous tunnels, some suspected of use for arms assembly.” Large industrial buildings at the site visible from satellite photographs also suggest missile assembly being conducted there.

Satellite photos of the area on Saturday, located some 20 kilometers (12.5 miles) east of downtown Tehran, showed hundreds of yards of charred scrubland not seen in images of the area taken in the weeks ahead of the incident.