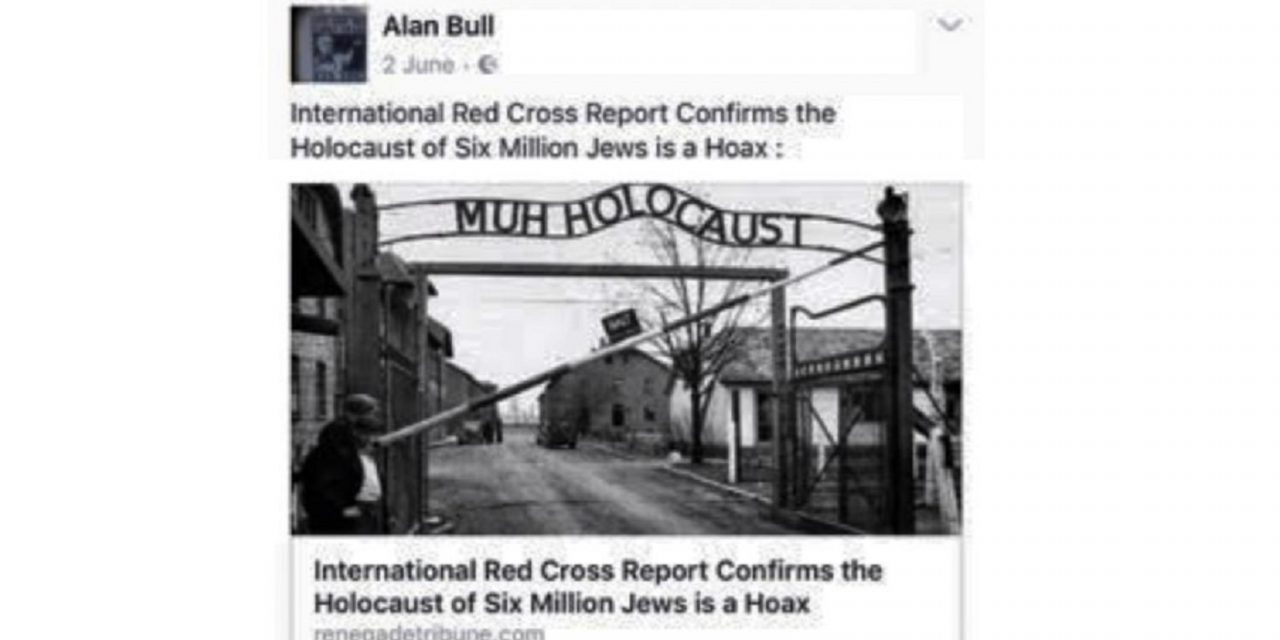 Labour have suspended a prospective council candidate who called the Holocaust a ‘hoax’ and shared anti-Semitic posts online.

The party took action against Alan Bull after the Twitter account ‘Labour Councillors Against Antisemitism’ highlight a series of allegedly anti-Semitic posts he shared  on social media.

One post claims an “International Red Cross report confirms the Holocaust of six million Jews is a hoax”, while another says Israel and Isis work together.

Bull, who was standing in a ward on Peterborough City Council, also reportedly shared a Facebook post of him reportedly protesting outside the Holocaust museum in Washington DC with Palestinian flags, while another says former US president John F Kennedy was murdered by Mossad.

Bull told the Peterborough Telegraph these posts were “doctored screenshots.”

A Labour Party Spokesperson, said: “Alan Bull has been suspended from the Party pending investigation.

“Labour takes all complaints of anti-Semitism extremely seriously, which are fully investigated and appropriate disciplinary action taken in line with our rules and procedures.

“Anti-Semitism has absolutely no place in the Party and we are committed to challenging and campaigning against it in all its forms.”

Jennifer Gerber, director of Labour Friends of Israel, said: “The suspension of Alan Bull is long overdue. It is beyond belief that someone who described the Holocaust as a hoax, talked about Zionist control of the media and spewed conspiracy theories about Mossad killing JFK was allowed to become a Labour candidate in the first place and stay as a member long after his antisemitic posts were revealed. If Labour is to take antisemitism seriously, it must act immediately, not just after a damaging news story.”