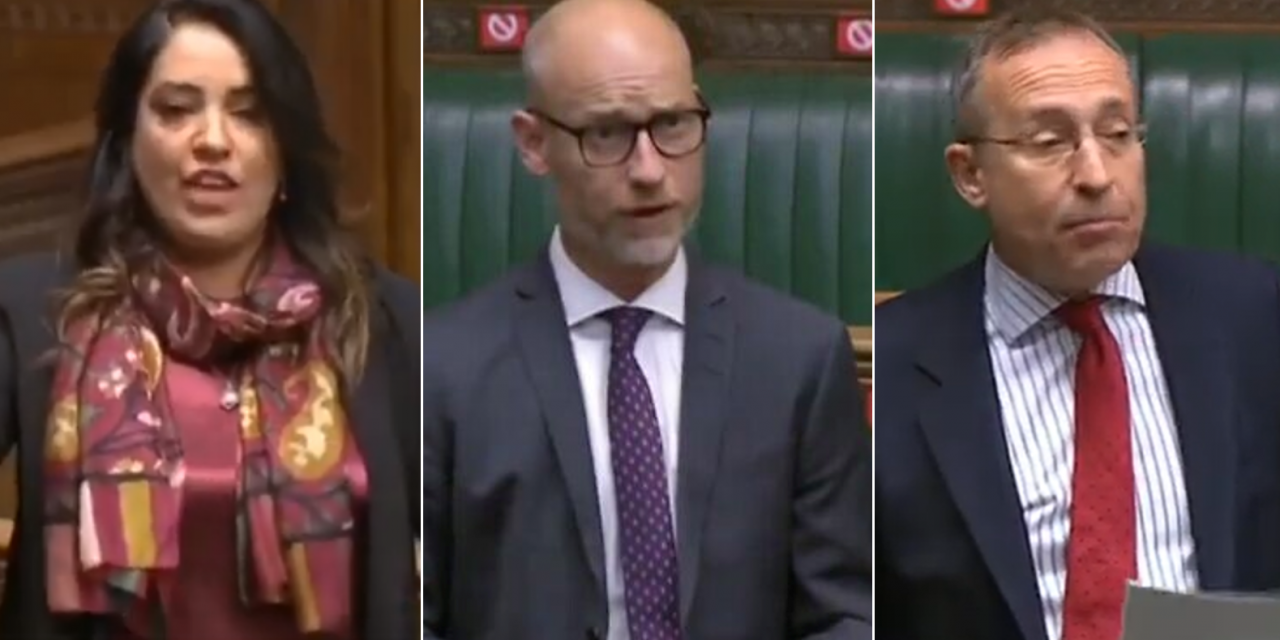 Andy Slaughter was among Labour MPs that used a debate in the House of Commons last week to criticise the Abraham Accords peace agreement between Israel, UAE and Bahrain, calling it a “distraction” whilst Labour’s Naz Shah called it “detrimental” to the Palestinians.

Slaughter claimed: “This is something of a distraction in terms of what has happened on the ground. Look at the situation in Gaza at the moment – as far as the international community is concerned that is still under occupation.”.”

Shah said “peace can only come when sworn enemies are seated around the table.” She claimed Israel’s deals with the UAE and Bahrain were “detrimental” to the Palestinians.

But Tory MP Christian Wakeford said that Israel had withdrawn from Gaza in 2005 and yet Hamas had turned the region into a “launch pad for terrorism.”

He added that many of Judaism’s most holy sites were actually located in regions such as the West Bank, and that Jews had been “driven out or killed” from areas such as East Jerusalem in the past.

“The implication of Jews praying at their most holiest sites and doing so illegally is deeply troubled to me and the Jewish community,” he said.

Regarding President Trump’s peace proposal, Labour’s Stephen Kinnock said, “This is not a deal, it is not a plan, it isn’t even a starting point for talks. This is a proposal that is fundamentally flawed because it has no basis in law.”

He went on to say this. I think we can take it for granted that Mr Kinock is not a fan of the #AbrahamAccords and by extension peace! pic.twitter.com/NEu4j6564S

Kinnock suggested the sale in this country of products from Israeli settlements “is tantamount to profiting from the proceeds of crime and it must stop.”

He said: “The Government must ban all products that originate from Israeli settlements in the occupied territories. Profiting from these products is tantamount to profiting from the proceeds of crime and it must stop.”

(Top tip here for all budding pro-Palestinian activists; if you don’t like the question, feign indignation!) pic.twitter.com/pPoPvT6ZHs

A Labour spokesperson said: “In response to the Israeli government’s proposed annexation of large parts of the West Bank – which would constitute a clear of international law – Labour would support a ban on goods produced in territory that had been annexed.”

Earlier in the debate, Middle East minister James Cleverly said the British government has encouraged the Palestinian Authority to “engage” with Israel and the United States and to present its own proposal for peace in the Middle East.

Mr Cleverly also told the Commons that he believed President Trump has shown himself to be someone who “likes to make a deal”.

Speaking about the opportunity this now presented to the Palestinian leaders, Mr Cleverly said: ”A thriving Israel next door to a thriving Palestine based on 1967 borders with agreed land swaps, Jerusalem as a shared capital of both states, with fair, agreed and realistic settlements for refugees and we continue to believe a two-state solution is the only viable long-term solution for the area.”

“There is an opportunity now and we have encouraged the Palestine Authority to engage with Israel and the United States, with its Arab neighbours and friends, with the UK to put an offer, a counteroffer on the table.