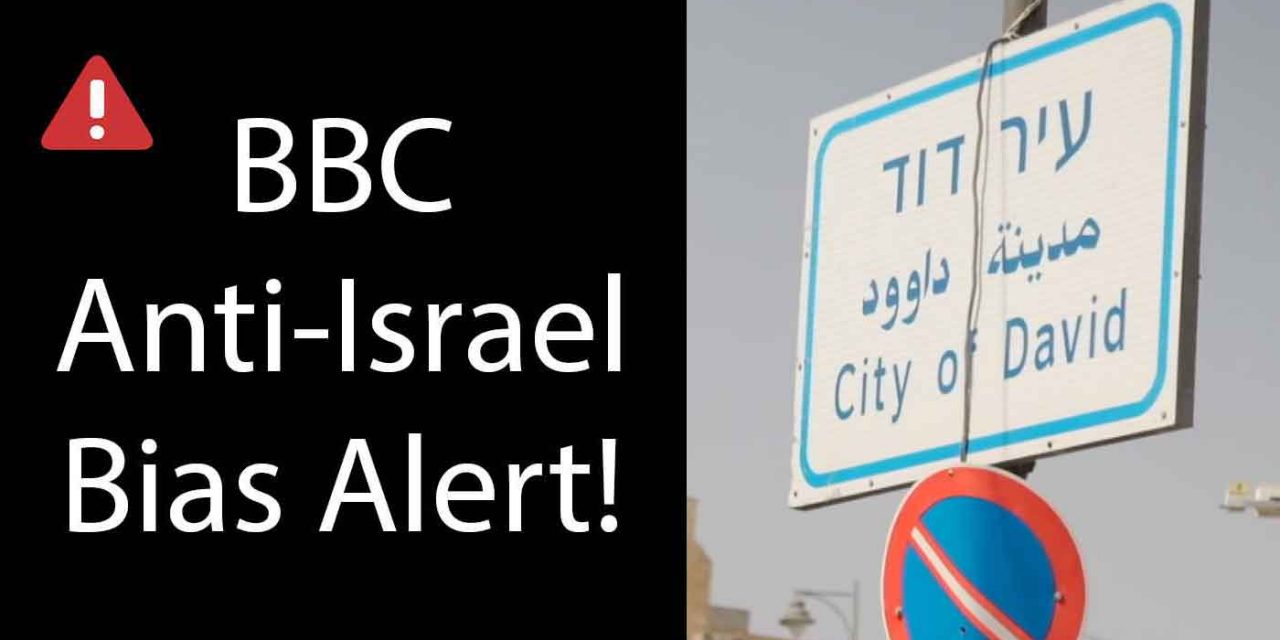 “This isn’t journalism, this is anti-Israel propaganda”.

The BBC has been slammed for its latest anti-Israel short documentary, a hit peace on Chelsea FC owner and Israel’s richest man Roman Abramovich, after it was discovered he was a large donor to the organisation that runs the City of David archaeological site.

The City of David is an ancient part of Jerusalem that is steeped in Jewish history that was purchased by King David some 3,000 years ago. The site lies just a stone’s throw away from the Western Wall and the Temple Mount, the most holy sites in Judaism.

Global bodies like the United Nations see East Jerusalem, which contains the vast majority of the Jewish people’s holy sites as being “occupied territory” and “illegal under international law”, but this is false. More of that can be read here.

Throughout the documentary, the filmmakers leave out key parts of information, creating a very one-sided story despite the BBC claiming to pride itself on unbiased journalism.

Israel Advocacy Movement has produced a video rebutting the lies and misinformation within the documentary.

Watch below to see the astonishing bias of the BBC and hear the truth!