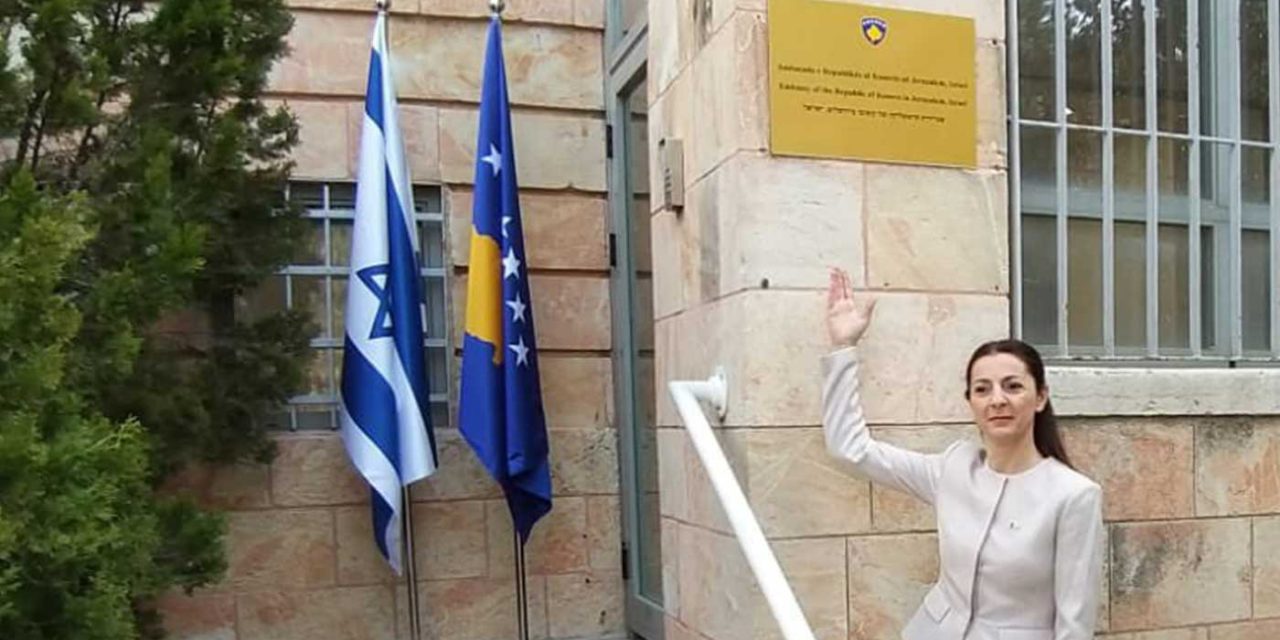 Kosovo has officially opened its embassy in Jerusalem, becoming both the first European country and Muslim-majority nation to recognise Jerusalem as Israel’s capital.

Kosovo’s Foreign Ministry made the announcement on Sunday: “The Ministry of Foreign Affairs and Diaspora announces that the Kosovo Embassy in the State of Israel, with headquarters in Jerusalem, officially has been opened.”

“Setting of the plaques and the state flag at the Kosovo Embassy in Israel reflects the Government of Kosovo’s commitment to comply with the pledge for establishing the diplomatic mission to Jerusalem,” it said.

The new embassy is situated in downtown Jerusalem in the western part of the city. There was no opening ceremony and Kosovo said it didn’t send a delegation to inaugurate the embassy because of coronavirus restrictions.

A truly proud and historic moment for 🇽🇰 🤝 🇮🇱 relations.
The Republic of Kosovo today officially opened its Embassy in Jerulasem!
The greatest honor of my life is to have this opportunity to open the Embassy and proudly serve my country in Israel. pic.twitter.com/beUFmOeA5g

Ines Demiri is Kosovo’s first Ambassador to Israel based in Jerusalem. She said it was a “truly proud and historic moment” for Israel and Kosovo relations.

“The Republic of Kosovo today officially opened its Embassy in Jerusalem! The greatest honour of my life is to have this opportunity to open the Embassy and proudly serve my country in Israel.”

Kosovo’s decision to honour Israel in this way goes against the European Union’s stance on Jerusalem. Kosovo is not a member of the EU, but is on the shortlist of nations that could be added in the future. Last month the EU threatened that recognition of Jerusalem by Kosovo could affect their ascension to the bloc.

Clearly, Kosovo chose to stand with Israel rather than bow to the threats of the European Union.

Let’s pray that Kosovo will be blessed for its decision and that other nations, especially the UK, will honour the Jewish state with recognition of its historic, biblical and eternal capital.