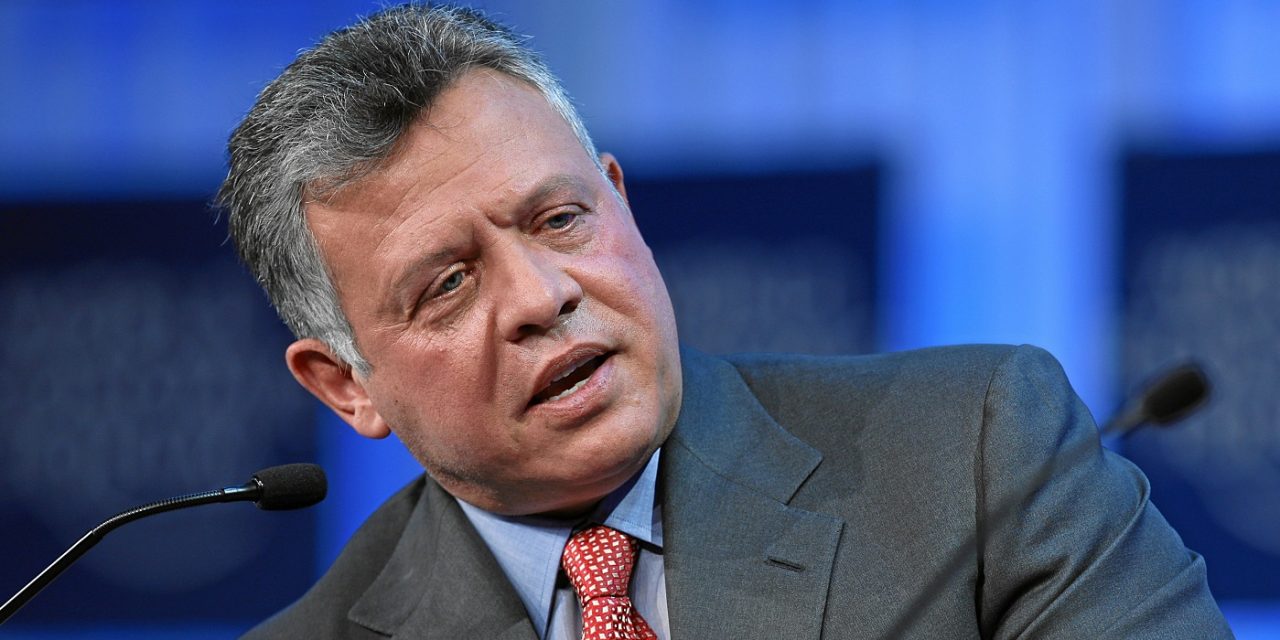 Jordan announced Sunday its withdrawal from part of the 1994 peace agreement with Israel, saying the agricultural areas of Naharayim and Zofar in the Jordan Valley, cultivated by Israeli farmers over the past 25 years, will be reclaimed by the kingdom.

Jerusalem was reportedly shocked by the announcement, as it essentially constitutes a downgrade of the peace treaty between the two countries.

In fact, Naharayim – Hebrew for two rivers, as it is located between the Yarmuk and Jordan Rivers – was opened this year to Israeli visitors under the name “Island of Peace.”

“Al-Baqoura and Al-Ghamr [the Arabic names] have always been our top priority, and our decision is to end Al-Baqoura’s annexation and step away from the peace agreement based on our keenness to take whatever is necessary for Jordan and Jordanians,” Jordan’s King Abdullah II tweeted in Arabic on Sunday.

Israel returned the land to Jordan in 1994, however, according to the peace accord, Israelis were given private land ownership rights and property interests. The agreement would remain in force for 25 years and renewed automatically unless notice of termination was given by either party one year in advance. In such a case, at the request of either party, the details could be renegotiated.

The deadline for termination is October 25.

The Jordanian move was apparently prompted by pressure from within the kingdom. Many in Jordan have recently called on their government not to renew the agreement with Israel. The Jordan Bar Association sent an official letter to Prime Minister Omar a-Razzaz about the issue, while 87 out of 130 Jordanian parliament members, signed a request to carry out that body’s recommendation to cancel the lease.

Protesters marched in Amman on Friday demanding that Jordan reclaim sovereignty over the territories in question, while some urged Jordan to cancel the entire peace treaty with Israel.

Prime Minister Benjamin Netanyahu has not given up, saying Israel will negotiate the matter.

“Jordan has reserved the option to reclaim the area in Naharayim near the Jordan River and the Tzofar enclave in the Arava. We were told today that it seeks to exercise this option in the 25th year. We will go into negotiations with them on the option of extending the existing agreement,” Netanyahu said.

“There’s no doubt that in a general outlook, the entire treaty is a valuable asset, important to both countries,” he added.