Hamas fire kites, balloons have burned over half the forests on the Gaza border 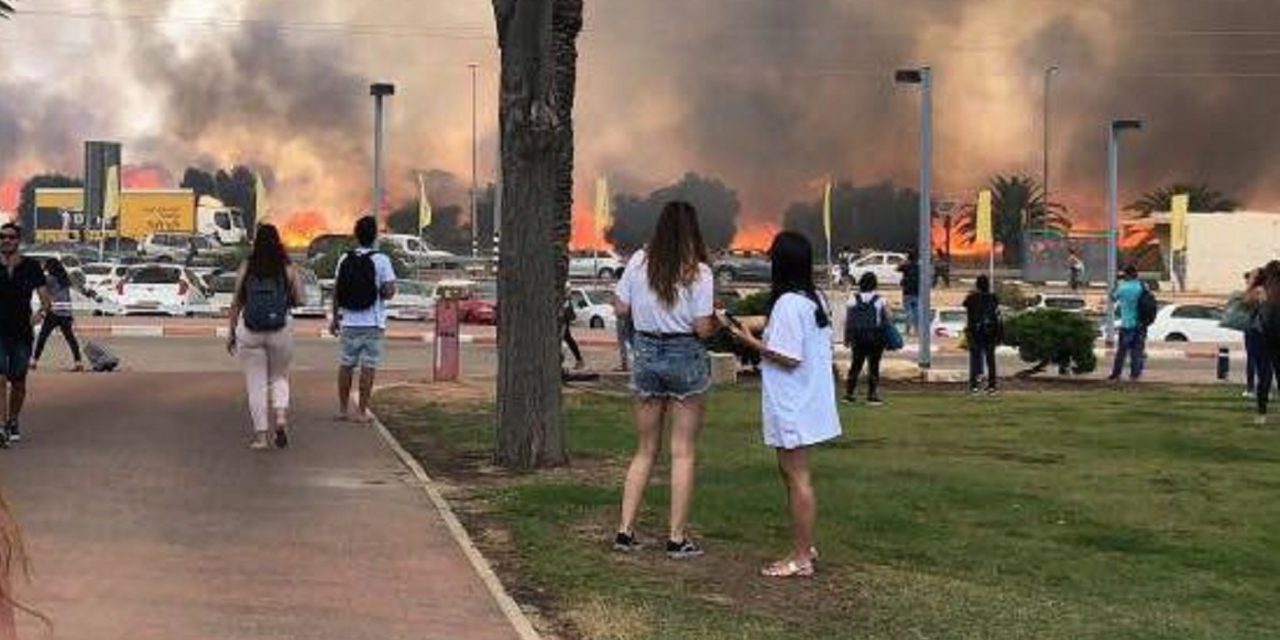 KKL-JNF reports the fires have burned nearly 1,200 hectares of land near the Gaza Strip, more than half of the 2,100 hectares of forested land in the region.

In a statement last week, Denil Gigi, direct of KKL-JNF Southern Region said, “This week we mark exactly half a year of the phenomenon of kite terrorism, which caused more than 1,000 fires that consumed 12,000 dunams of the forests of the western Negev.”

These aren't just kites. They're weapons of destruction and terror. And Hamas' "peaceful" organizers of Friday's "demonstrations" at the Gaza border are planning to fly thousands of them into Israel.

Posted by Israel Ministry of Foreign Affairs on Thursday, 7 June 2018

“Although the fire continues today, thanks to joint work with the Israel Nature and National Parks Protection Authority, the residents of the communities, the volunteers and the IDF, we manage to take control of the fires quickly,” the statement continued. “In the past six months, all of the regional authorities have united, and together we have built a working model to fight the fires when they are still small.”

In total, the IDF says more than 8,000 acres of land has been burnt and 1000s of animals have been killed.

Since April, Palestinians, mostly associated with the terror group Hamas, have been launching kites and balloons attached with Molotov cocktails, burning materials and even explosive devices and have flown them over the Israeli border. The balloons have managed to reach as far as Jerusalem.

A number of schools have also had balloons land in the playgrounds as children are playing. Quick thinking teachers have managed to stop the children from getting too close to the devices and bomb squads are called in to dispose of the items safely.

Fire irupted after a fire balloon from #Gaza reached Hodaya in Israel. pic.twitter.com/AiP8wvNhrp

These attacks are destroying natural habitats within Israel and in Gaza (when the wind blows balloons the wrong way). The terrorists are endangering the lives of civilians and children in particular. They are also causing severe loss of income to Israeli civilian farmers. No civilians should be the target of an attack, but that is what terrorist organisations, such as Hamas, do on a routine basis. It is time the world took their threats and their actions seriously and condemn the actions of Hamas.

🐢WATCH: Look at what this Israeli firefighter found among the devastation caused by the arson balloons that Hamas launches from Gaza into Israel. 8,000+ acres burnt, 1000s of animals killed – Hamas must be held accountable. Greenpeace International PETA (People for the Ethical Treatment of Animals)