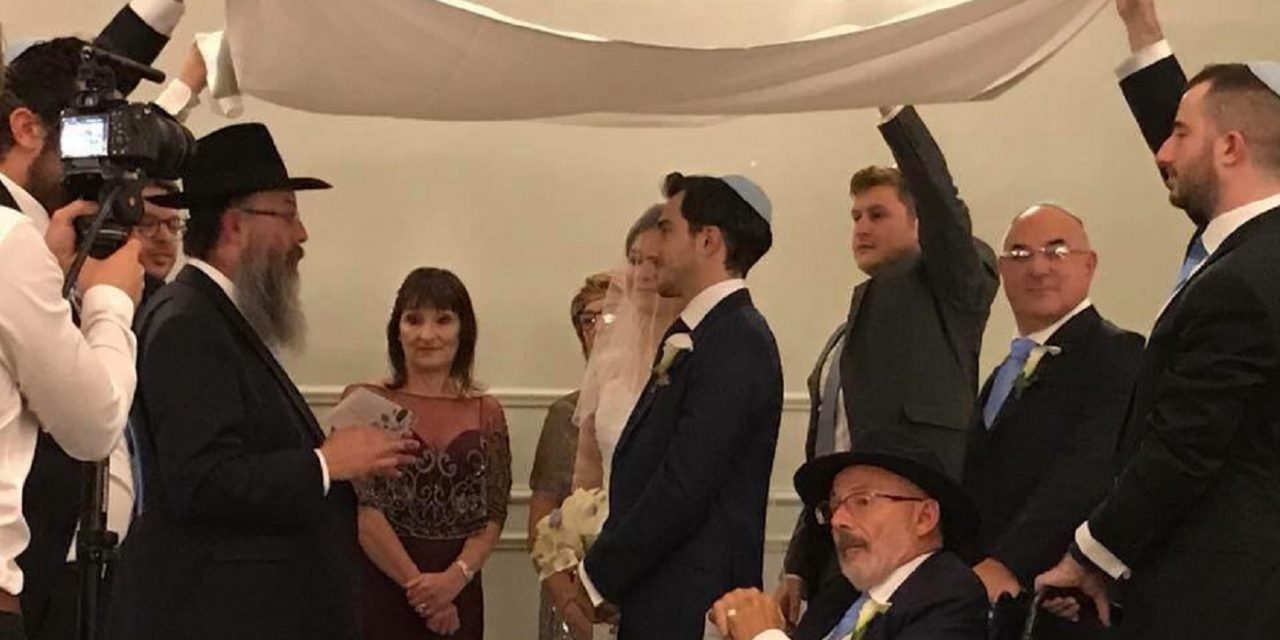 More than 200 guests were evacuated from a Jewish wedding following a ‘hoax’ bomb scare at Brighton’s iconic Grand Hotel on Sunday.

The bride and groom, Gaby Rosehill and her husband Dan, were about to trade vows when they were told to evacuate the hotel, as police and bomb disposal squads cornered off the venue.

Speaking to Jewish News, Gaby said she and Dan “were stood under the Chuppah when it all unfolded.”

“I just walked around Dan 7 times and the rabbi was about to commence the ceremony and start.

“Then the alarm just sounded. Dan and I just stared and a laughed. We couldn’t believe it. We started to get ushered out and the rabbi made a joke, saying: “Someone’s just burnt the potato kugel.”

“My friends didn’t want me to go out into the awful weather, so they tried to keep me behind. but we all got shouted at by wardens telling us to leave”.

“I ended up in a stairwell in the neighbouring Hilton Hotel, with a few of my friends trying to help, because I still had to be kept separated from Dan at this point.”

After being asked to leave the venue at around 5pm, they took refuge in the Hilton Hotel – where they completed the wedding ceremony.

They hastily arranged a makeshift ceremony, including getting the marriage document (Ketubah) from the Grand Hotel, which was under police lockdown.

Thanking her friends for their “resilience”, she described the second ceremony: “I could hear the guests all cheering. My bridesmaids danced down the aisle, I was really emotional, both in shock and just in the beauty and true romance of it all.”

“It’s a funny story to look back on, and we still had an amazing time.”